Necromunda:Hired Gun is a fast paced FPS set in the Warhammer Universe wherein players take control of a bounty hunter in a city full of slimy persons who would do anything for money. Necromunda: Hired Gun launched on 1st June and was given above average scores, as it offered relentless FPS action, a fun world to explore, paid homage to the Warhammer Universe and contained lots of weapons and customization options for characters. Streum On Games, its developers, have announced their Second Community Update and indicated that there are a plethora of upcoming changes and content as well as fixes that have already been confirmed thus far. 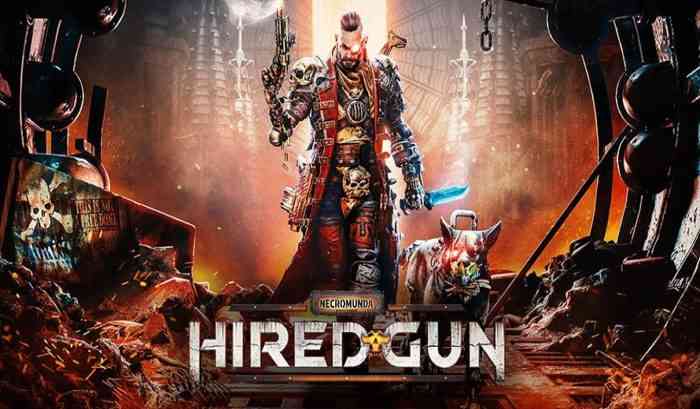 The team at Streum On Games have stated that they are currently working their hardest to fix the Gamepad Controls on PC, performance and stuttering issues, crashes and sound-mixing issues, to which they have identified the fix, but the time required is a bit daunting. Furthermore, they are working on other issues such as sensitivity and dead zone settings bugs, dialogue issues in cutscenes, fixes to the enemy AI and stutters that might occur during random incidents in the gameplay cycle.

The developers have confirmed that certain fixes will be coming in the first update to the game such as a large number of crash fixes, tutorial bug fix that left players stuck, FOV bugs, achievement bugs, fixes for animations in cutscenes and sound mixing and sound FX improvements. The developers are uncertain when the update will arrive, but have ensured that they would provide consistent updates over time.

Tomorrow, the Warhammer Skulls Event kicks off and to celebrate the event, Necromunda: Hired Gun will have a 15% discount until 10th June. Furthermore, a Corsair Skin Set and Knife Skin Set will be available to all players for free.

Did you play Necromunda: Hired Gun? What do you think about it? Let us know in the comments below or on Twitter and Facebook.