The Last of Us Part 2 came out a year ago today. Though some aspects of the game have been polarizing among players, the game is largely regarded as an incredible experience and follow-up to the first game. It is certainly an achievement worthy of celebration. Dark Horse Direct, the crafter of fine video game statues and art, has made a new statue depicting the false protagonist of The Last of Us Part 2, Abby Anderson. She’s buff, she’s badass, and she’s brutal. 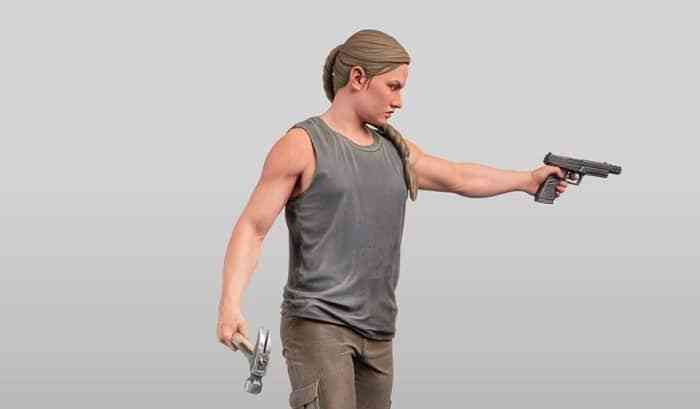 Abby has suffered some terrible losses and done some pretty horrible things, especially to the characters that players have come to really like. To that end, she has become a rather controversial character among fans of The Last of Us. Some people may not want a statue of her, but just look at those triceps! This Abby statue stands at 14″ tall on a 10″ stand, holding a pistol in one hand and her hammer in the other. The statue is made out of polyresin, so it is a non-posable figure. This statue is available for $199.99, but customers will have to order theirs by July 30th. After that, they will ship between January and March of 2022.

Do you like Abby enough to appreciate this statue of her? Let us know in the comments below.

Uncharted: Legacy of Thieves Collection is Worth Every Penny
Next
Xbox Design Lab Is Open Again For Custom Controllers
Previous
What’s the Deal With Bayonetta 3? Well, it Exists