We loved seeing the trailers for new and upcoming games at E3 and Summer Game Fest, but we can’t forget about hardware. We can play our games without our beloved controllers (PC players need not dispute). Whether you like the look and feel of a console’s traditional controller or not, everyone likes to indulge themselves with at least a look at custom controllers. While Microsoft had been rolling out the Xbox Series X|S, their custom controller service Xbox Design Lab had to be paused, but they had announced at E3, it will be coming back. 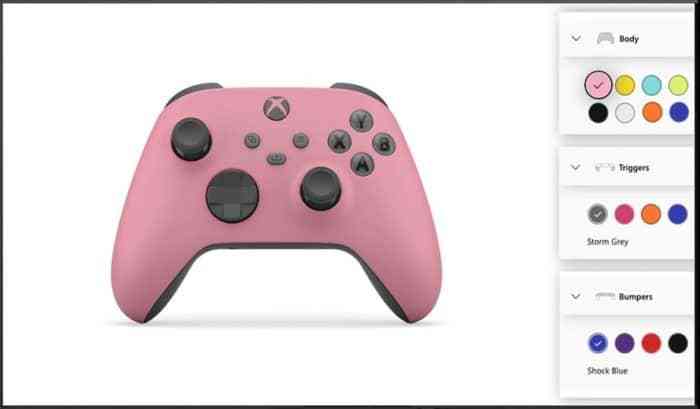 Kinda Funny’s Parris Lilly sat down with Navin Kumar, Xbox’s Director of Product Marketing, to show off the revitalized service and a few examples of their controllers. We saw controllers splashed with all sorts of color combinations, inspired by various games and their characters, and even things outside of the realm of games. Parris showed off a controller that he designed, as well. As a big fan of the Los Angeles Lakers, he made his controller yellow and purple. He also showed off the inscription feature, which read “Kah Can’t Cook”, in reference to his good friend Kahlif Adams, knowing he, fellow members of Kinda Funny, and friends would be watching his interview live.

Xbox Design Lab allows fans to customize almost every aspect of their personalized controller. Colors for the bumpers, triggers, thumbsticks, D-pad, and face buttons can be chosen. The inscription costs a little extra, but the right words can make it worth it. You can begin customizing Xbox Series X|S controllers right now.

What does your dream controller look like? Let us know in the comments below.

Multiversus’ Season One And Morty Set To Launch Soon
Next
Get Razer Huntsman Gaming Keyboards, Logitech Mice, and Bose QuietComfort Headsets Up to 60% Off
Previous
Naughty Dog Celebrates The Last of Us Part 2 With New Abby Statue