Our First Look At Warhammer Age of Sigmar: Tempestfall Gameplay

While the Warhammer 40,000 franchise’s video games have been fairly hit or miss over the years, from the cult hit Mechanicus to the lackluster online shooter Eternal Crusade, the fantasy-themed counterpart Warhammer: Age of Sigmar (and Warhammer Fantasy Battles) have seen a consistently solid video game output. The franchise hit new heights with the Total War: Warhammer series, now coming up on the release of its third installment, but the high fantasy franchise isn’t resting on its laurels any time soon. The Warhammer Skulls Festival has brought plenty of new Warhammer titles to the forefront, including the upcoming VR game Tempestfall. 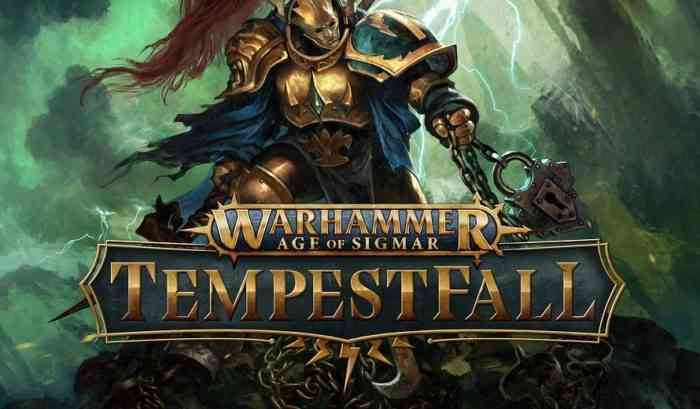 In Tempestfall, you’ll play the role of a Lord-Arcanum of the Stormcast Eternals, mighty warriors sent to battle the many enemies of mankind. The game takes place in the aftermath of the Necroquake, a cataclysmic event featured in Age of Sigmar’s Forbidden Power plotline that twisted magic itself into a darker and more dangerous form. In Tempestfall, you’ll be journeying into the depths of Shyish, the Realm of the Dead, to do battle with the rising undead forces that threaten to overcome the Mortal Realms.

The newly-released gameplay trailer gives us a look at Shyish, as well as the deadly Nighthaunt enemies we’ll be facing along our journey:

Like most VR combat games, it seems that Tempestfall will be an on-rails experience, featuring a number of arena sections confining you to one spot while you fight off hordes of the undead. Tempestfall will allow you to use specific movements to cast spells – when you’re not tearing into the enemy with your holy weaponry. It seems that magic can be used to affect the environment as well, with the Lord-Arcanum using some form of time magic to rebuild a fallen battlement.

Warhammer Age of Sigmar: Tempestfall is certainly a new direction for Warhammer games, traditionally focusing on RTS and third-person shooters. Tempestfall will launch this October on Steam VR and Oculus Quest.

Talisman: Digital Edition Is Announced For Xbox – And Immediately Released
Next
Valve Are Scheduled To Appear At E3 For The First Time Since 2012
Previous
Suicide Squad: Kill the Justice League Will Not Be at E3 2021