Battle passes have become the standard rewards system for online games. They help players maximize their efforts in order to unlock exclusive items, cosmetics, and in-game currency. Every season, a new battle pass comes out and players do it again, feeding into a cycle of play, rewards, and popularity for the game. Normally, these battle passes unlock rewards in the same order for everyone, but EA is looking to shake things up a bit. According to a patent application from Electronic Arts, they are exploring a “non-linear” version of a battle pass. 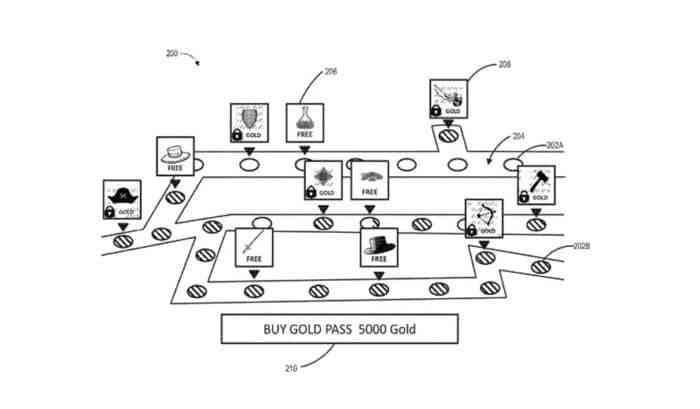 The concept for this map of rewards EA is proposing is not unfamiliar, but has not really been applied to a popular battle pass before. Think the Sphere Grid in Final Fantasy X; you can choose different paths to go down, unlocking specifically what you want sooner. It also appears that you can work on multiple pathways concurrently, so you won’t miss out on rewards by having to commit to a path until its end. Like most battle passes, there are free and premium tier rewards set along this non-linear map.

If EA really likes this style of battle pass, they could apply it to a bunch of their most popular and upcoming games, like Apex Legends, Knockout City, Rocket Arena, and maybe even their sports games. An entirely separate question is whether or not players will like it.

Do you like the idea of this non-linear battle pass map that EA is proposing? Let us know in the comments below.