As the gaming industry grows, delay has become a common theme due to the strict requirements and detail required by video game developers to perfect their craft and the game itself. However, many fans favor decisions to delay by developers as they prefer to have a polished, bug-free game upon launch rather than one that is released while half-finished or improperly completed. Maximum Games and Only By Midnight, working together as publisher and developer respectively, determined that Curved Space, their upcoming game, will be delayed from its previously planned release on 18th June to 29th June for Playstation 5, Playstation 4, Xbox One, Xbox Series X/S, Windows PC (available on Steam) and will face a slightly further delay on Nintendo Switch until 13th July. 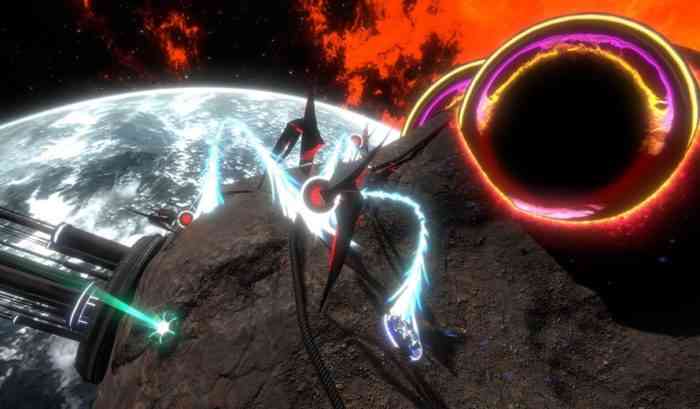 Curved Space is a fast-paced, high intensity arcade styled shooter that builds off of the classic formula for video games of this nature and propels it into a different atmosphere as players are thrown into the deepest reaches of space to fight against spiders using the landscape, environment and any available weapons to their benefit. While fending off enemies is the top priority, players will be tasked with obtaining weapon power-ups and upgrades and also vie for the throne on the leaderboards after completing the game’s campaign. Curved Space features a high-energy synthwave soundtrack for players to vibe to as they destroy their enemies and of course, the game’s wide variety of weapons includes their own unique abilities called Overdrive States to boost each player’s chances at success.

Curved Space’s demo is currently available on Steam and for fans of the genre and supporters of smaller developers, the game is worth a try. Are you interested in playing Curved Space? Let us know on Twitter or Facebook and stay tuned to COGConnected for further updates!