To The Sky, Beyond the Clouds

For as long as media has existed, fans of that media have been wondering what happens next. Today, fans of the story-driven cyberpunk exploration game Cloudpunk will get an answer to that question in the form of City of Ghosts, a sequel-sized DLC expansion. City of Ghosts continues the main storyline and introduces a ton of new features, including street racing, vehicle customization, and a second playable character named Hayse who has an impossible task to accomplish–and whose story will intertwine with that of previous protagonist Rania. There’s also a stunning and ominous announcement trailer that’s sure to get under your skin.

City of Ghosts returns to Rania after the events of the original game–as in, after she’s gotten on the bad side of monolithic courier corporation Curzona. Now she has debt collectors, homicidal cyborgs, and at least one death cult on her trail, making life in Nivalis more dangerous than ever. At the same time, deadbeat gambler Hayse is trying frantically to clear all of his debts by the end of the night, a quest that is probably impossible. Their stories collide in a DLC expansion that exceeds the length of the original Cloudpunk. It’s sure to be a good time for cyberpunk fans. 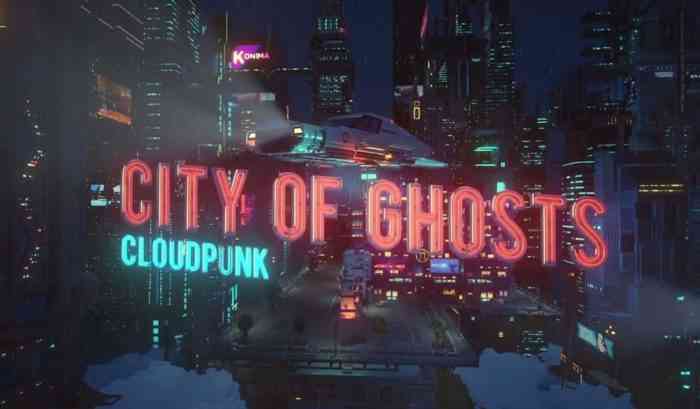 Cloudpunk – City of Ghosts is now available on Steam for $14.99.

How much do you want a flying car? Let us know down in the comments, or hit us up on Twitter or Facebook.