The King of Fighters XV continues on its mission to shatter all expectations–we think–but this latest character trailer wasn’t that big a surprise. Where Yashiro Nanakase goes, the rest of Team Orochi is sure to follow, right? So it makes sense that the next character announced would be Shermie, a fellow member of both the team and Yashiro’s band. More importantly, Shermie is also a devoted servant of the evil god Orochi, so having her back in play implies some things about where KOF XV is going with its story. They can’t bring back all these iconic followers of Orochi and not Orochi himself, right? We’re pretty sure that’s illegal. Anyway, here’s Shermie in action, looking better than ever in 3D.

If there’s one thing we’ve taken away from this trailer–you know, aside from Shermie’s flawless fashion sense–it’s that this girl is gorgeous to watch. We’re loving her animations, her mannerisms, her total willingness to take any and all of her opponents to Suplex City at the drop of a hat. Everything about her drips style, and frankly? We’re here for it. We could watch a fifteen-minute trailer of nothing but her walking all over Shun’ei. In fact, we’d watch a movie about her. Come on, female superheroes can get their own movies now, how about a female supervillain?

Seriously though, Shermie is a genuinely fascinating character on a story level as well as a gameplay and design level, and we’re really looking forward to seeing how this playful but brutal fighter adjusts to being alive again. Will she seek out Yashiro and Chris and work to bring Orochi into the world once more? Can she be convinced to switch sides? Will she just go rogue and do stuff for her own amusement? Whatever the case, we’re looking forward to seeing more of her. 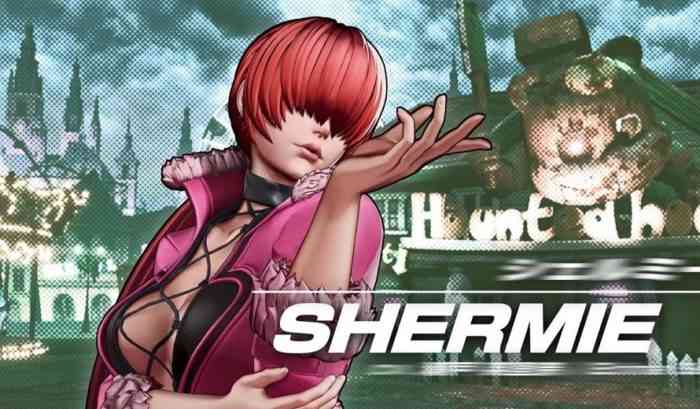 When do you think Chris and/or Orochi will be announced? Let us know down in the comments, or hit us up on Twitter or Facebook.