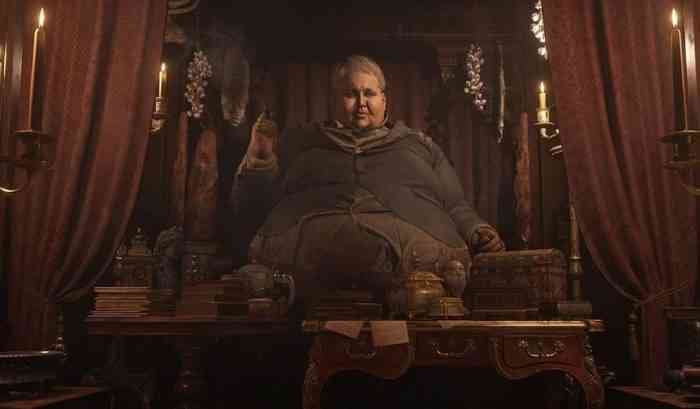 In an exclusive gameplay video from Game Informer, we are getting a look at an upgrade system for Ethan Winters and his gear. In previous Resident Evil games, upgrading weapons is a familiar concept. This can be done by adding attachments or paying for increased damage or magazine size. In Resident Evil Village, Ethan will be able to upgrade his weapons by paying for weapon upgrades, similar to how the player could in Resident Evil 5.

Ethan can also upgrade himself. Animals found around the village can drop crafting items when killed. Chickens, yak, pigs, and fish yield meat with which you can cook dishes. These dishes can be made to give Ethan permanent upgrades, like increased damage resistance. These cooking and weapon upgrades can be done through The Duke’s Emporium, which is a traveling merchant, where players can buy and sell items, in addition to cooking dishes and upgrading weapons. Resident Evil Village will be available on May 7th for PC, PS4, PS5, Xbox One, and Xbox Series X|S.

What are you most looking forward to about Resident Evil Village? Let us know in the comments below.

Win a Life Size Lady Dimitrescu Towel By Playing the RE Village Demo
Next
Localization is Good, Actually
Previous
Shermie Returns to the Ring in King of Fighters XV Character Trailer