Perhaps the most beloved genie (next to Robin Williams, of course) is having a revival of sorts. Shantae has earned quite a lot of fame among gamers in recent years through the charming 2D platforming titles. Her origins however, while humble, are also legendary. The first Shantae game came out in 2002 on Game Boy Color, toward the tail-end of the handheld’s lifecycle. For this reason, original cartridges are extremely rare, and because of her more recent fame, in high demand. Even function ROMs are scarce online. Thankfully, WayForward is coming out with a Nintendo Switch port of Shantae this month. 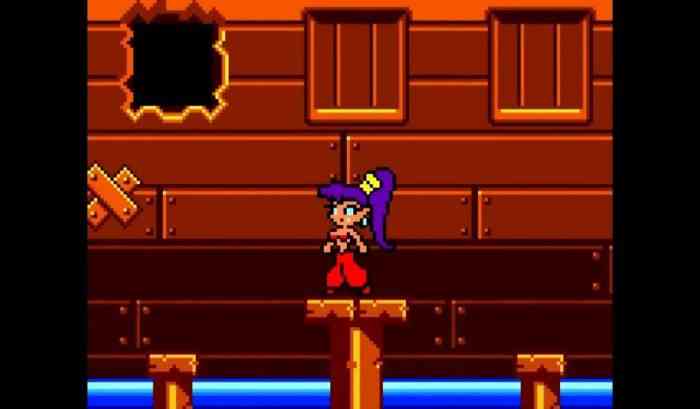 This weekend, WayForward unveiled Shantate’s release date trailer. We see Shantae in all her 4:3, pixelated glory. Sure, it would be nice to see update visuals, but sometimes classics are to be left alone. However, there is an option to run the game in the standard Game Boy Color mode or the enhanced Game Boy Advance mode. The differences appear to be minor, but it seems that the colors in the GBA mode are less vibrant. That may just be my aging 29 year old eyes.

The trailer specifies that the game will be coming to the Nintendo eShop later this month, but there are also physical editions. Last year, Limited Run Games held a Collector’s Edition campaign for fans to order reprinted GBC copies of Shantae and physical copies of Shantae: Risky’s Revenge on Nintendo Switch. The release dates for these are not specified, but put them in the same release window as Shantae on the eShop. Shantae will be available on April 22nd for Nintendo Switch and Game Boy Color.

Will you be playing the OG Shantae? Let us know in the comments below.

Next
Here’s What We Know About Resident Evil: VIllage’s Big Bad
Previous
Super Seducer Games Have Been Shot Down By Nintendo