Here’s What Every Horror Game Has Gotten Wrong

Today on Cog Considers: Will They Ever Get Survival Horror Perfect?

Horror is probably my favorite genre. The only book series I loved more than Harry Potter as a kid was Cirque du Freak. The first birthday cake I remember? Frankenstein. The first book I ever published? Horror.

Still, there’s something that no game – and very few movies – have gotten right: subtlety.

The thing that any first-year film student will be able to tell you is that any good horror movie loses a lot of its scare factor when you finally see the monster or the killer gets unveiled. The paranoia of not knowing exactly what you’re facing is infinitely worse than actually knowing it. The problem with games, in particular, is that they too often just jump straight to the blood and gore. At a certain point, even the scariest game loses its fear factor.

There are some games that do lean more towards the subtle side, and this will come as zero surprise but those games are often considered among the scariest games of all time.

Just look at Silent Hill 2: for a horror game, there are entire sections with remarkably few monsters, instead we’re subjected to the overwhelming dread of the characters as we slowly uncover the mystery that drew protagonist James Sunderland to Silent Hill. The game strays away from the overt industrialism from other games in the series in favor of water damage, and the horror is as much psychological as it is overt – whether it’s a mannequin dressed in your wife’s clothes or the constant appearances – and deaths – of her mysterious doppelganger.

And let’s not forget Alien: Isolation. Even when the Xenomorph isn’t around, you still feel its presence. You’re trained to listen out for every beep of the motion detector and keep an eye on your surroundings for every drop of drool. Even when the Xenomorph first starts hunting you it’s almost without ceremony; you’re going about your business when it casually drops from the ceiling. Even the Working Joes bring their own level of anxiety; true, not every one is going to kill you, but any one could.

There’s a fine line, and horror games have difficulty treading it, for obvious reasons; if you go too subtle, where’s the gameplay? What’s the point of playing a horror game if we never actually get a payoff? Imagine exploring the Sevastopol, seeing the destruction the xenomorph has caused, without ever seeing it? Imagine every group of humans being peaceful and sending you on your way? The tension may be unbearable, but at a certain point you leave dissatisfied. 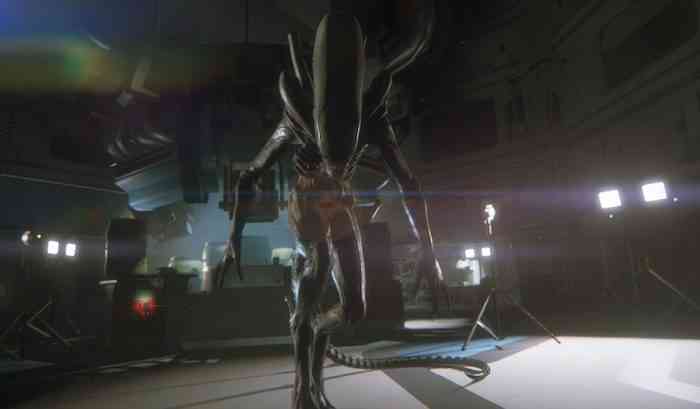 The thing is, there’s no way to maintain that scare factor all along, without people feeling shafted. It might work in, say, a movie, or a book, but gaming is primarily an interactive art form, so while House of Leaves might be able to scare us with as little as a house just a fraction of an inch bigger on the inside long before a labyrinth appears beneath it, or The Shining can go for most of its runtime without actually putting the heroes in any quantifiable danger, a game needs to give us a reason to keep playing – and that means that the danger needs to present itself sooner, rather than later. Sure, you could go the What Remains of Edith Finch route and rely on past events, but there’s no reason to be scared if nothing can happen to us in the present – and unlike other media, you can’t save all the scares for the later stages of a game.

Survival horror is a genre that brings the scares, but will it ever meet its potential? Maybe. Has it yet? No.