If you are a fan of Brie Larson, you may know about her hobby as a gamer and her relatively new YouTube channel. Obviously, she also plays Captain Marvel in the MCU, who has a skin in Fortnite. Recently, she also had her Fortnite Locker displayed on the Fortnite Item Shop. Her setup of skins, emotes, harvester, and all her cosmetics can be seen by players. This prompted her to do a Fortnite video on her YouTube channel and invited her Avengers: Endgame co-star Tessa Thompson to join in. Not quite being the gamer that Larson is, Thompson had to be shown the ropes. 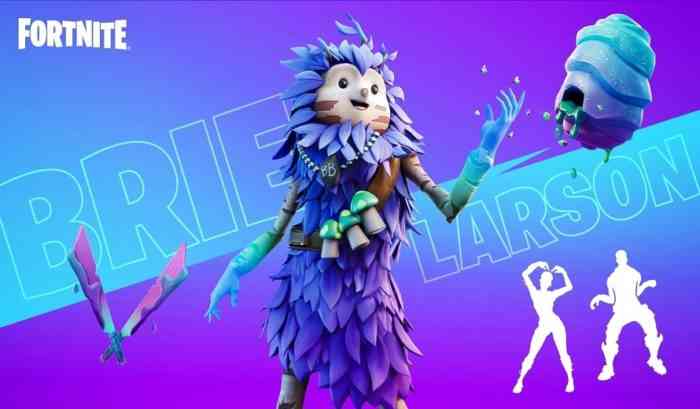 Other than knowing that players can tame wolves, which is a relatively new feature, Tessa Thompson needed the crash course from Brie Larson. Everything from the battle royale game mode to surviving the storm and the other players. Tessa acted as Brie’s navigator, calling out what to do and what she wanted to see happen. Over the course of their video, they got killed by a bot, drove a purple Lamborghini, tamed a wolf, got attacked by the same wolf, and ended up winning themselves a Victory Royale.

Apparently, there are plans for Tessa Thompson to get herself setup with a console of her own, so the two can play together in their downtime. Hopefully, this means we will see the two of them playing together in upcoming videos. *Gasp* Thompson and Larson pro-gamer jerseys?! I’d buy it. Fortnite is available on PC, mobile devices, PS4, Xbox One, and Nintendo Switch.

Would you like to see more of these two playing Fortnite or any other game? Let us know in the comments below.