Brie Larson Fancasts Herself as Samus Aran for a Metroid Movie

So, this piece of news is just one facet of the story here. You may know about Gary Whitta’s quarantine talkshow Animal Talking, where he invites his guests to his set in Animal Crossing: New Horizons. Past guests have included Felicia Day, Greg Miller, Elijah Wood, Cliff Bleszinski, T-Pain, Sting, and many more. The most recent show featured Brie Larson as a guest, where she talked with Gary Whitta about various topics, like her love for video games (particularly Animal Crossing), as well as her new YouTube channel. One of the most interesting things mentioned in the interview was Brie’s desire to play an onscreen Samus Aran. 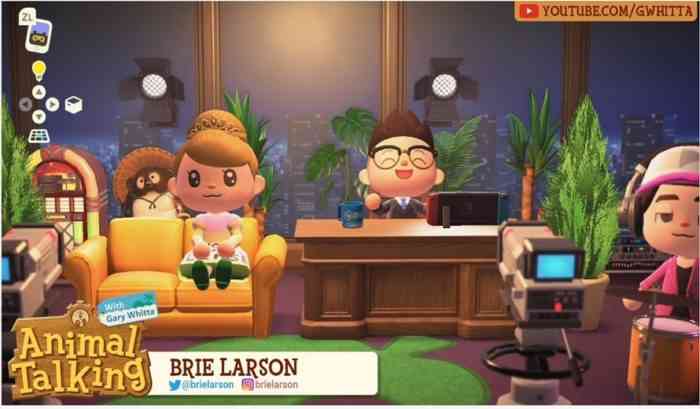 A couple of years back, Brie Larson celebrated Halloween by dressing up as Samus Aran in her Zero Suit. She said it was a $20 costume, but she was very excited about it and posted a picture of herself with her friend dressed up as Harry Potter, you know the classic duo. Since then, fans of hers have been making rumbles about her in a Metroid movie. Obviously, it takes more than a Halloween costume and a dream to make a movie happen for yourself. Brie Larson should know that as well as anyone. The role of Captain Marvel was heavily campaigned for by Ronda Rousey, which ended up being played by Larson.

Brie also explained how Samus was always her go-to fighter when playing Super Smash Bros., which makes sense as Samus remains one of Nintendo’s strongest female characters since her debut in Metroid. As well as Brie Larson pulled off the Zero Suit Samus, I personally think it would be wonderful to see her in the classic orange and red armor, removing the helmet, and finally realizing that she’s a woman. I approve; Nintendo, you can move forward with the Larson-led Metroid movie. Brie Larson’s interview on Animal Talking begins at 8:20 and runs until 49:00.

Would you like to see Brie Larson as Samus or someone else? Let us know in the comments below.


See More Than Ever in the Metroid Dread Overview Trailer

Animal Crossing: New Horizons Lives As New Updates Announced
Next
10 Awesome Games on Sale That Will Tide you Over Until Next Gen
Previous
Doritos Bag Reveals Name of Next Call of Duty