Doritos Bag Reveals Name of Next Call of Duty

There have been rumors floating around the internet for a little while about the name of the next Call of Duty game. As there must always be another one, this makes sense? What’s weird is that said name might have been confirmed with an errant bag of Doritos. 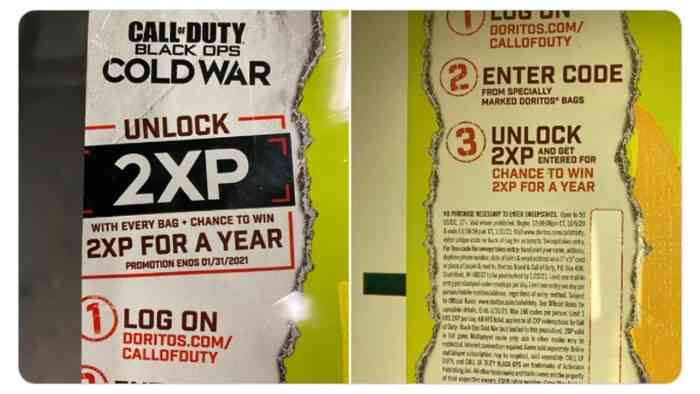 According to some photos circulating the web, the next entry will be Call of Duty: Black Ops Cold War. The images are from an upcoming Double XP promotion set to begin in early October. An earlier report from Twitter user (and known CoD leaker) Okami and also Eurogamer had the same name being used.

Of course, this doesn’t tell us a whole lot about the game’s setting, either. The cold war lasted a pretty long time, spanning multiple theaters and a couple of continents. Treyarch and Activision have a lot of room to stretch their legs with this one. It’s unclear when these rumors will be either confirmed or disproved, but we’ve only got so much time until Call of Duty season rolls around once more. Until then, it seems we’re relying on more prophetic promotional material to light the way forward.


Pre-Order for the Crash Bandicoot 4 Demo This Month

Call of Duty: Warzone Update Brings Back Vehicles After Issues