Pointing out that adventure games have a somewhat divisive reception is not a controversial statement these days. Not all puzzles are made equal, and not all stories are fun enough to string the player along. You can’t argue with facts–at least, not in good faith. However, it’s also true that Archive Entertainment’s new release, Dragon Audit, has a great premise, engaging dialogue, and an adorable dragon girl. The graphics aren’t exactly stunning, but graphics don’t make or break an adventure game the way writing does, and we like what we’ve seen of this game’s writing. Besides, haven’t you always wanted to see a standard fantasy quest get derailed into a romantic comedy? This launch trailer does a great job of summing up the game’s appeal.

Players take on the role of George, a disgraced battle accountant who must leave the isolated city of accountants in order to face down a terrifying dragon, rescue the princess, and reclaim the unpaid tax revenue. The dragon Ayraw is getting pretty jealous that people keep coming to rescue the princess when nobody wants to rescue her, so when George arrives, she tricks him into becoming her knight in shining armor–well, knight in a slightly ruffled suit, anyway. This lonely dragoness wants a storybook romance, but we all know what happens to dragons in most stories. Can the pair find a happily ever after?

“In the spirit of classic adventure games, Dragon Audit combines lighthearted humor with the undertones of a serious story. You’ll get to meet a cast of quirky characters, solve puzzles, find all sorts of jokes in the interactable 3D environment, and explore the backstories of our two protagonists,” said Robby Zinchak, 14 year industry veteran and the game’s writer and director. 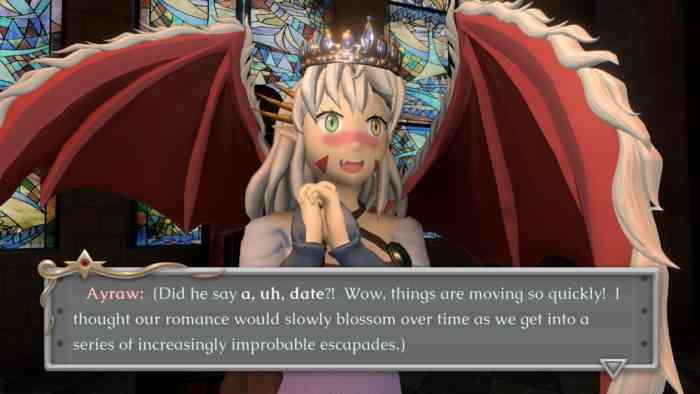 Who’s your favorite video game dragon? Let us know down in the comments, or hit us up on Twitter or Facebook.