Chivalry 2 Shows off Brand New Map Ahead of Closed Beta

The expected launch of Chivalry 2 is just a couple of months away. A few weeks ago, Torn Banner Studios wrapped up the first closed beta of the game on PC. Next week, they will be holding another closed beta. This time, it will be open to players on all platforms, with guaranteed access to players who pre-order the game. Torn Banner Studios has also been giving fans quick looks at the various maps and factions that the game will launch with. All the maps are playable in the betas. 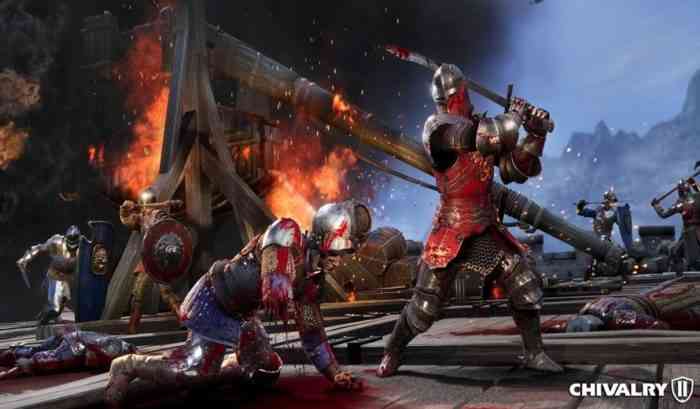 The most recent map to be shown is Lionspire, a seaside city. There appear to be three main parts to Lionspire; the beach, the inner town, and the castle. As standard matches in Chivalry 2 can hold up to 64 players simultaneously, the maps have to be pretty large. The beach seems to be the open battlefield, while the inner town has different streets and pathways, where tighter areas make for more intimate combat. There is also the castle that can be bombarded from afar, but the only be accessed from a singular bridge, making that area a bottleneck and a highly defensible zone.

Five maps have been shown off by Torn Banner Studios and console players will soon be able to try them out and explore them for themselves. Chivalry 2’s crossplay closed beta will run between April 23rd and 26th. Chivalry 2 will be available on June 8th for PC, PS4, PS5, Xbox One, and Xbox Series X|S.

Are you excited for the full release of Chivalry 2? Let us know in the comments below.

Resident Evil: Welcome to Raccoon City Hits Theaters in November
Next
3D Adventure Game Dragon Audit Makes the Leap to Consoles
Previous
Brighten Up Your Day With Rain on Your Parade