If you like run and gun games, blasting demons, and mindless violence, you are probably a fan of Doom. Unfortunately, we are in between Dooms at the moment. Might I suggest a fresh take on the kind of gameplay it offers? Enter BPM: Bullets Per Minute. You get all the gun-shooting and demon-slaying of Doom, plus a little something else. BPM is also a rhythm game, where players can shoot, dodge, and reload to the beat of the in-game music. Think Doom + Crypt of the NecroDancer. It came out last year on Steam, but will be coming to consoles in 2021. 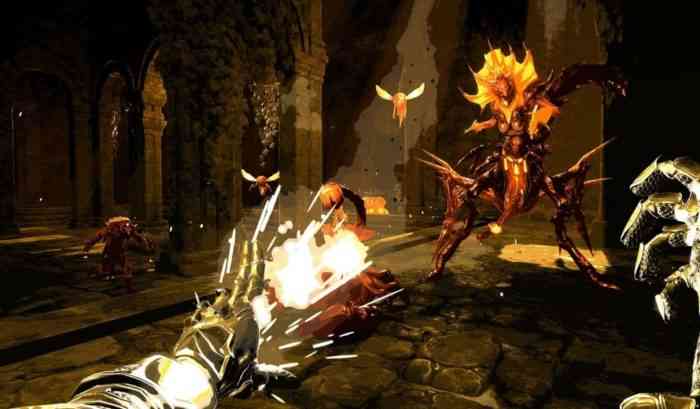 The console version will be launching with everything you can experience on PC, as well as the Overdrive update. This update will include several new characters, new weapons, and new abilities. There are a few different difficulties for players who are rhythmically challenged, but for experts, there will be a brand new Hellish difficulty. With so many great rogue-like games on the market, I think we can do with just one more, right?

Have you checked out BPM on PC or will you try it on console? Let us know in the comments below.