Loop Hero has quickly picked up steam after its initial release on March 4. Just a little over a week later and the game has already sold over 500,000 copies on Steam according to game’s newest blog post.

“We’re so thrilled and blown away to announce that over 500,000 players have set out on loop adventures in the first week since Loop Hero’s launch!”

Right now the game has an overwhelmingly positive reception with 95% of its 8700 reviews being positive. 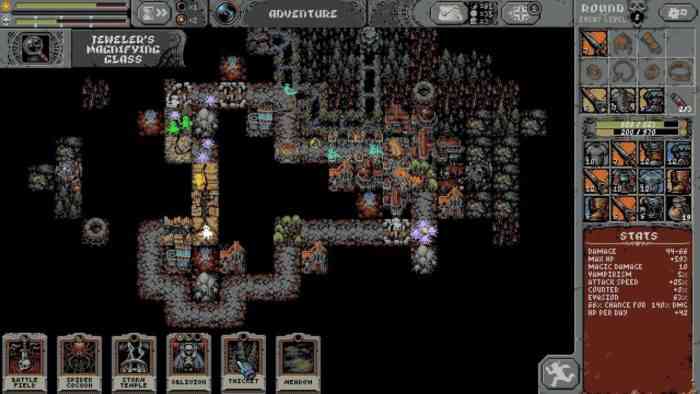 The blog post outlines some of the new additions being added to the game, starting with a set of Steam Trading Cards. The artwork for the cards were done in collaboration with Bard-the-zombie, and are available now.

The game’s developer, Four Quarters is also planning on making a ton of quality-of-life updates such as mid-expedition saving, more speed settings, and a deck of traits gained from defeating a boss.

Once these quality-of-life updates are finished, Four Quarters plans to add some new content to the game with new cards, transformations, classes and music.

For those on the fence about joining the 500,000+ players who have already purchased Loop Hero, you can check out our review of the game right here.

You can check out the game’s launch trailer and official Steam page description.

“The Lich has thrown the world into a timeless loop and plunged its inhabitants into never ending chaos. Wield an expanding deck of mystical cards to place enemies, buildings, and terrain along each unique expedition loop for the brave hero.”