Originally released last October for PlayStation 4 and Xbox One, Crash Bandicoot 4: It’s About Time has officially made its way to more platforms today as the game released on PlayStation 5, Xbox Series X/S, and Nintendo Switch — but there is still one more release on the way. Activision has officially announced that Crash Bandicoot 4: It’s About Time will be making its way to PC on March 26.

The game will arriving on PC through the Battle.net client, which is owned by the game’s publisher, Activision Blizzard

Activision announced the PC port on through its social media channels and with a new blog post on the company website.

Journey with Crash, Coco, and friends in their quest to save the multiverse across a host of new platforms.#Crash4 It's About Time is now live across several new consoles, and will launch on https://t.co/GrjAx5Ujsd on March 26th!https://t.co/Y6cSekoUWG pic.twitter.com/DqjKYaKf5H

Pre-orders are available on Battle.net for $39.99 USD. The game will launch on March 26 at 8AM PDT / 3PM GMT. If you purchase the game digitally through either Battle.net or another platform’s digital store, you’ll unlock the Totally Tubular Skins (available upon completion of the second level), which “put Crash and Coco into some digs that show off their radical ‘90s roots”.

Here is a breakdown of the game’s specs on PC:

“On PC Battle.net, 4K will be supported based on players’ PC specs; framerate is uncapped, and the game will run at 60FPS when playing with recommended specs. Internet required on PC. 4K compatible display required for 4K resolution.” 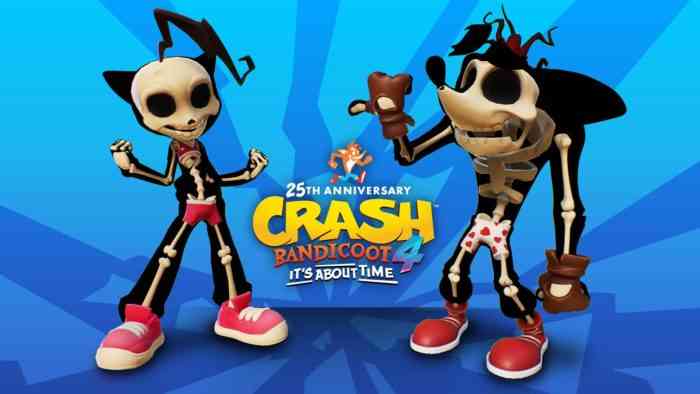 This year also marks the series 25th anniversary and to celebrate, Activision is releasing special New Bare Bones Skins for Crash and Coco.

“After 25 years of being zapped, spiked, crushed, and splattered, it’s time Crash and Coco got something for their efforts, both failures and successes. To celebrate their silver jubilee, Toys for Bob is gifting the new Bare Bones skins to Crash and Coco, available now for all players upon completion of the game’s second level. Now that’s the kind of death we can all appreciate.”

You can check out the Crash Bandicoot 4: It’s About Time New Platforms launch trailer right here: