Dragon Quest XI S: Echoes of an Elusive Age – Definitive Edition has already replaced the original 2017 version on all platforms, so we’re not exactly surprised to see it finding its way onto Google Stadia. That doesn’t mean we aren’t excited about it. Dragon Quest XI S is a fantastic entry point into one of the all-time greatest JRPG franchises out there, and we welcome it onto Google Stadia, where it will hopefully reach an even larger audience. In this game, players take on the role of the Luminary, a young man who’s being hunted down because of a destiny he doesn’t fully understand, and fight to save the world alongside a ragtag bunch of loveable misfits. It’s not exactly ground-breaking RPG storytelling, but it is polished to a mirror-shine and channeled through the endearing art of Dragon Ball creator Akira Toriyama, so we’re not complaining. Go on, take a look, it’ll be fun.

A fleet of new features and enhancements were added to this definitive edition, including new character side stories, the option to turn on a retro 2D mode, an entire 16-bit world called Tickington, the opportunity to switch between English and Japanese dubs, a fully-orchestrated soundtrack to go with the original synthesized soundtrack, and photo mode–and that’s just the tip of the iceberg. If you haven’t already pounced on this title, then what are you waiting for? This is one RPG experience you won’t forgive yourself for missing out on.

If that isn’t enough to catch your attention, try this: Dragon Quest XI S is on sale across platforms. The game will be available for just $31.99 (that’s 20% off) on Stadia, PlayStation Store, and Xbox Games Store for a limited time. The schedule looks like this: 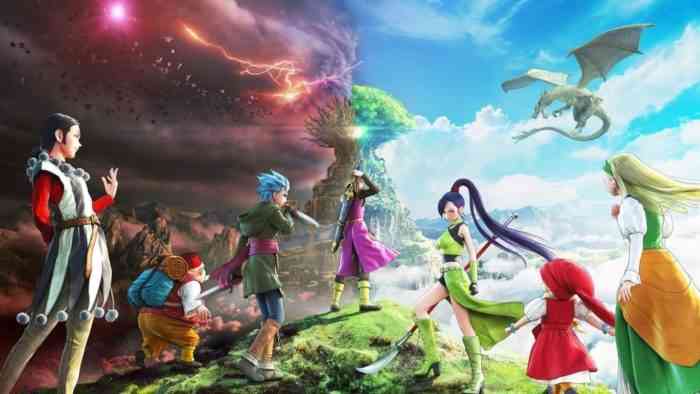 What’s your favorite JRPG? Let us know down in the comments, or hit us up on Twitter or Facebook.

Assassin’s Creed Valhalla DLC Wrath of the Druids Will Launch Tomorrow
Next
“Haven” Is a New Studio Working on an Unannounced PlayStation IP
Previous
Wait A Minute, Octopath Is Coming To Game Pass