For All Those Yet to Learn of the Luminary

That’s right, you heard it here. You can now play Dragon Quest XI S: Echoes of an Elusive Age – Definitive Edition on PC, PS4, Xbox One. Not the whole game, of course–the free demo clocks in at 10 hours of content–but enough to get a feel for the enhanced version, which was formerly a Switch exclusive. This is the first time a Dragon Quest title has made it to Xbox, so don’t miss out. Dragon Quest XI S combines the franchise’s trademark anime-inspired action and Dragon Ball author Akira Toriyama’s distinctive art style with classic JRPG themes of friendship, adventure, destiny, and saving the world. Players take on the role of the Luminary, a young man who discovers that fate has something against letting him a normal life. Fortunately, fate also gives him a really cool sword, so things balance out.

The demo doesn’t give new players a chance to explore the game’s world and story–it also gives returning players a sneak peek at new features and quality of life improvements. You can now speed up battles, access both Japanese and English audio, and use photo mode to capture the beautiful scenery as you roam through gorgeous landscapes, and that’s just the beginning. The Definitive Edition also adds a symphonic soundtrack, brand new character stories, an improved crafting system, and the option to play the entire game in 2D like a classic Dragon Quest game. How nostalgic!

If you’re worried about finishing the demo and then having to start over in the main game, don’t be. Progress from the demo can be carried over to the full game when it comes out, and as a bonus, players who complete the main scenario of the demo will receive three “Seed of Skill” items that grant you an extra skill point. They can be used in either the demo or the full game. 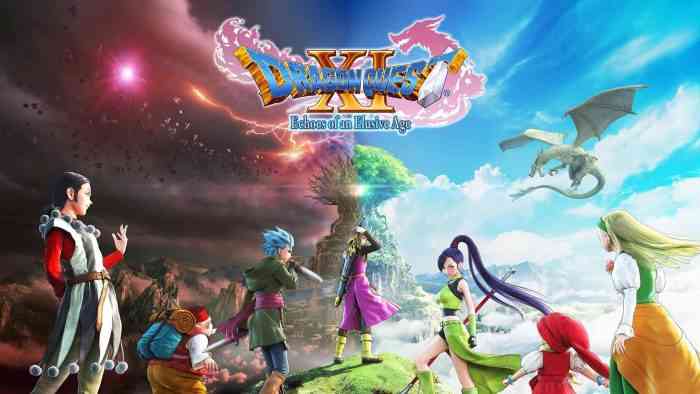 Dragon Quest XI S: Echoes of an Elusive Age – Definitive Edition will be available for PS4, the Xbox One (as an Xbox Play Anywhere title), and PC on December 4, 2020.

Are you ready to save the world? Let us know down in the comments, or hit us up on Twitter or Facebook.