Last week, Victura announced that they are publishing Six Days In Fallujah, a war game set in Iraq. This is actually the second time the game has been announced, with the first try going south way back in 2009. The US was still waist-deep in the mix back then, so it came off as incredibly tasteless. Thankfully, we now know so much more about what happened in Fallujah. It was horrible! There are no good guys in war, and Fallujah was an extra clear-cut case of this. Leave this game in the vaults! What the hell are you thinking???

Rami Ismail goes into great, glorious detail about why specifically this is a terrible idea. In short, the US didn’t keep great records of civilian casualties in Iraq because those numbers were crazy high, and it made them look like monsters. The battle in question ended with at least 800 civilians murdered. This was in response to four US mercenaries being killed. Four guys from Blackwater in exchange for 800 civilians? From Blackwater??? Erik f***ing Prince’s private army? 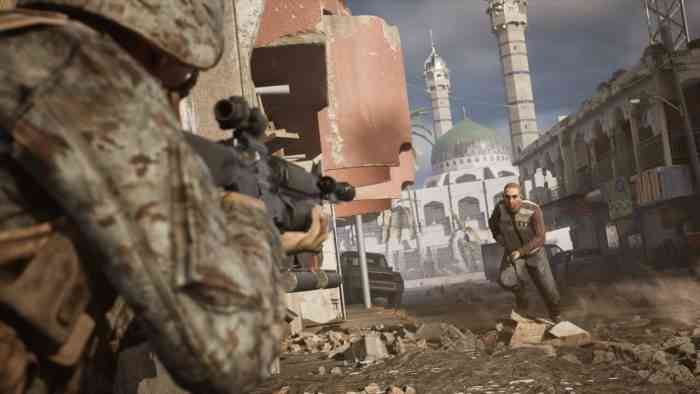 I won’t bog you down with details about Blackwater and their horrendous history. Let’s just say they were uniquely unqualified to do the jobs they were hired for, and leave it at that. What happened in Fallujah was awful. There are no winners, no good guys, no white knights in that story. Just a lot of dead men, women, and children. Also, there’s a lot of evidence in this recent Polygon piece on the subject that suggests Victura isn’t tackling this subject with the gravitas it deserves. Making a game about Fallujah that is somehow not a “political commentary” will require a lot of ummmm, lying.

To be fair, they’ll mostly be lies of omission! That’s a little better, right? Maybe just not consult anyone actually from Iraq about this, maybe only rely on interviews with American soldiers? Surely that will give you a complete picture of the events in question. In the end, no one will listen to Polygon, or Rami, or me, or any of the other dissenting voices asking that this PR disaster not launch on any platforms, ever. Maybe just leave this one in the vaults because it’s a war game from 2009, then. Maybe those hideous mechanical bones can’t be dressed up enough to make this a viable 2021 release. Also the subject matter is incredibly gross. Put it back on the shelf forever, please.


Why Are We Being Flooded With Switch Pro Rumors?