True Evil Lair-Building Freedom is Free and Available on Launch

The only thing better than taking over the world is doing it your way. That’s why we’re thrilled to discuss Evil Genius 2: World Domination‘s sandbox mode, which promises to be every bit as fun–and funny–as the main campaigns. Tired of having to carefully plan out your secret base? Don’t you just want to put pinball bumper traps everywhere so enemy agents spent the whole game bouncing helplessly in place? Guess what: you can do that in sandbox mode. In fact, you’re downright encouraged to. Who cares about ‘rules’ or ‘sense’ when your lair is full of man-eating plants and hovering disco balls?

Oh, and pre-purchases are live now, if you’re into that. A deluxe and collectors’ edition have also been announced. The deluxe edition comes with the base game, Season Pass One, the Fountain of Youth and Trojan Horse items, and the Aurora Borealis in-game bonus item, which sounds like a steal to us, pun intended. Season Pass One grants you access to all Evil Genius 2 content released post-launch as it becomes available, including:

Interested yet? Or do we still need to sweeten the pot? If you’re the type who wants the world and everything, then check out the collectors’ edition, which features a treasure trove of evil goodies: the base game, Season Pass One, an exclusive vinyl figure of player character Maximilian, and a print version of the official Evil Genius magazine. We’re most interested in that last one, because according to the press release, the magazine “delves into the background behind the new chapter in the beloved series with developer interviews, genius profiles and a rundown of the new special features. It also features brand new comics featuring the game’s four Evil Geniuses, their extraordinary henchmen and their downtrodden minions.” 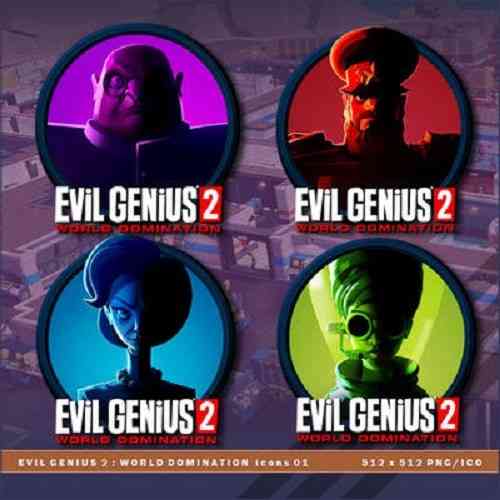 We’re always down for evil geniuses, henchmen, and minions!

Evil Genius 2: World Domination will be available on March 30th.