Cyanide Studios is working hard to bring Blood Bowl 3 to consoles and PC later this year. Games Workshop tabletop Blood Bowl has had a couple off video game adaptations over the years, and the latest one is expected this August. The game will include 12 teams, campaign, multiplayer, and tons of custom options. When it releases later this year, Blood Bowl 3 will be available for Xbox One, Xbox Series X/S, PS4, PS5, Nintendo Switch, and Steam PC. 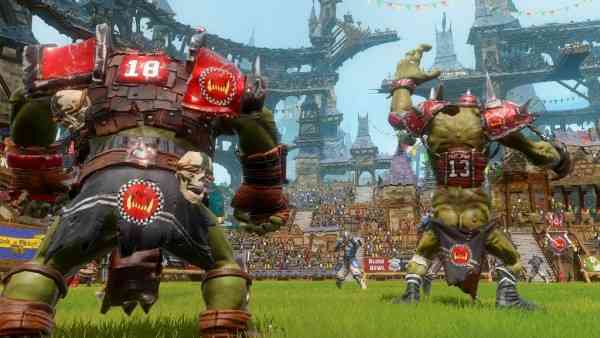 “Funnier, bloodier, and more spectacular than ever, Blood Bowl 3 will be a hit with fans of the universe and strategy games alike,” said Cyanide Studios. “At launch, the game will include 12 teams’ each with their own pitch and cheerleaders, Campaign and Multiplayer modes, and more customization options than a Blood Bowl game has ever received before.” Gamers who pre-order Blood Bowl 3 will be given closed beta access ahead of the official release in August.

Blood Bowl 2 released way back in 2015 and it was a proper update to the franchise so considering how long fans of the Games Workshop tabletop game, Blood Bowl 3 will likely be another proper step forward. A closed beta will be available for Blood Bowl fans on Steam PC later this year, though Cyanide Studios hasn’t officially confirmed when fans can expect to get on the pitch ahead of the release of the game.

Are you looking forward to Blood Bowl 3 or are you more of a Madden gamer? Let us know in the comments below!

The Quarry Digs Out A New Update, New Outfits and More
Next
Console Shortages Will Get Worse Before Things Improve
Previous
Most Overwatch Players Didn’t Notice This Subtle Change