Madden NFL 21 Gets a Face Lift

I haven’t been impressed with Madden NFL 21. If you checked out my review from this past summer, you’ll know exactly why. It just didn’t push the franchise forward, at all. It was more of the same and the same felt incomplete. So much so, that franchise mode is getting significant changes well after launch. Changes that should have happened on day one. Regardless, it’s clear the pandemic hampered EA Sports Madden gameplan, and it showed. Yet there is hope for optimism. Madden 21 for the Xbox Series X and PS5 is right around the corner, and everything I have seen so far looks incredibly promising.

On Monday, November 16, I had a chance to attend a digital event, where we got a detailed first look at the Madden NFL 21 experience on next-generation consoles. I will say, I am disappointed we didn’t get any hands-on time with next-gen Madden, but what we did see looked sharp. It gives me hope for what has been an otherwise forgettable Madden year. Here are 5 things that give me reason to believe Madden NFL 21 on next-generation consoles should look and feel pretty damn rad.

Let’s face it, Madden players don’t always run routes like they do in the real world. It’s been that way for ages. Often some of the route running in Madden is downright glitchy. Fortunately, Madden NFL 21 for next-gen introduces “Next Gen Player Movement” which will eliminate (or at least reduce) some of those choppy and glitchy routes. This is largely accomplished by using the NFL’s Next Gen Stats. The idea being players will move like their real-life counterparts do by using the data collected by the NFL. Next-gen stats track player movements within inches. The data from thousands of plays is feed into Madden’s animation engine. This creates players that cut and change direction like they do in the NFL. From the little bit we saw, it looks impressive and the players do certainly move in a much more fluid fashion. 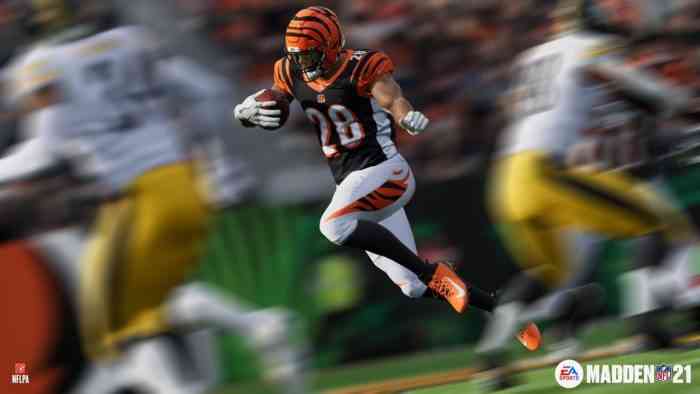 They really do. The player models showcased during the event had more detail in their facial animations and the NFL’ers different body types are a little more unique. Skin textures have more detail with players looking even closer to their real-life counterparts. You can see muscle definition on players who are jacked. Likewise, the offensive lineman has a softer chunkier look. Character models have clearly improved and they are going to look great on 4K TVs.

Much of the credit for those graphical improvements have to do with Madden’s lighting which is only possible through the horsepower of the next-gen console. The new lighting system in stadiums allows for more lighting sources. The end result is stadiums that look fantastic under the lights or in the pouring rain. The lighting creates environments that look better regardless of the setting (day, night, rain or shine). Also, sideline players react to what is going on during the game. The funny-looking sideline players are gone. Sidelines are much denser. I’m not sure this has anything to do with the lighting but it’s worth mentioning.

It’s In The Controller?

The controller haptics in Madden is a feature I cannot wait to feel in action. Through the controller haptics, you’ll be able to feel the impact of passes, and catches. You’ll also feel tackles and hits. It’ll be harder to pull the trigger to sprint for big lumbering players. The controller haptics just deepens the experience and is one more step in the right direction by immersing you further into the game. 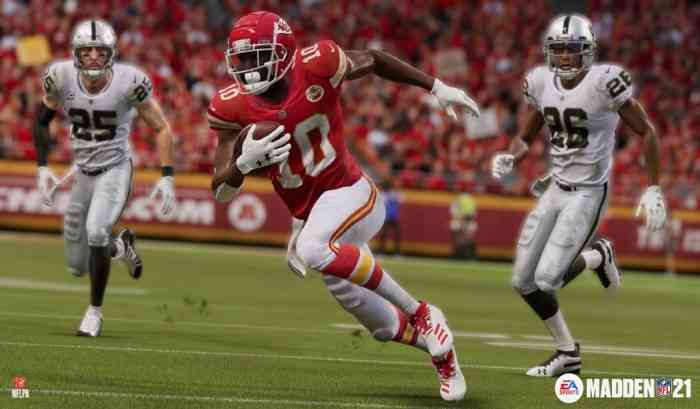 I’m not sure if the team playbooks will grow in size, but calling plays in the next generation of Madden is more customizable than ever. There is star-driven play calling which makes getting the ball into the hands of your Superstar X-Factors easier. For instance, if you need to get the ball to DK Metcalf, you can pull up all the plays that identify DK as the primary target. Also, for the first time, you’ll now have the ability to save your preferred plays with the favorite play marker and tabs for quick reference later. A fantastic feature for casual Madden fans like me who tend to turn to those ‘money plays’ a little too often.

Thanks for checking out our little list. Are you playing Madden NFL 21? Will you pick up next-gen Madden? Tell us in the comments below or on social media.