Less than two weeks ago, Atelier Ryza 2 came out on PC, PS4, PS5, and Nintendo Switch. If this series has just popped up on your radar, you may be surprised to hear that it has been ongoing since 1997. If you are a longtime fan of the series, you are probably cracking your knuckles, settling in for another long game, saying “Here we go again.” Either way, this JRPG series is not going away any time soon. There are also sub-series within the franchise. This week, Koei Tecmo has announced a collection of an earlier sub-series Atelier Mysterious Trilogy DX. 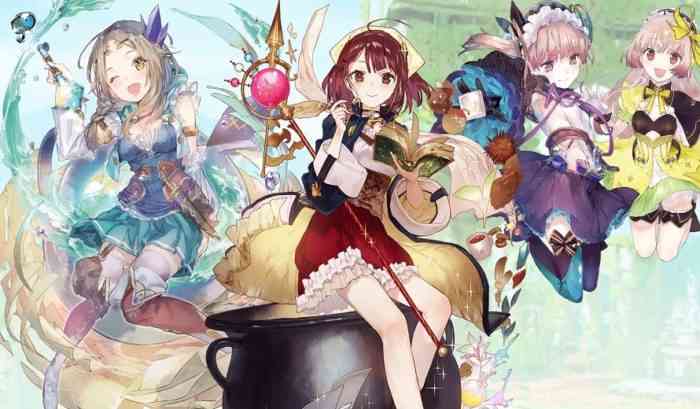 The Mysterious Trilogy came out between 2015 and 2017 in Japan. These games focus on a series of connected protagonists for each of the games: Sophie, Firis, and Lydie & Suelle. Koei Tecmo says that the collection will have all the previously released DLC and all-new content for the DX versions of each title. They will also have a new photo mode, which was not present when they first released. Supposedly, this photo mode will the be the same revamped feature in Atelier Ryza 2. Fans who have played through these games once already will be happy to know there is a Speed-Up Battle option if they choose to turn it on.

Atelier Mysterious Trilogy DX comes bundled with Atelier Sophie, Atelier Firis, and Atelier Lydie & Suelle, and is expected to come out on April 22nd for PC, PS4, and Nintendo Switch. They were all originally released on PS4 and though Atelier Ryza 2 is out on PS5, there is no word of the Mysterious Trilogy coming to PS5.

Did you play any of these games when they came out? Let us know in the comments below.