I’m an Artist, Not a Fighter

Koei Tecmo’s Atelier Ryza 2: Lost Legends and the Secret Fairy will be coming out in early 2021. It is the follow-up to last year’s Atelier Ryza: Ever Darkness and the Secret Hideout. This JRPG takes on the turn-based combat style of many games before it and surely many games to come, but outside of the combo chains and epic attack animations, you will find the essence of enjoyment in Atelier Ryza 2 gameplay; the decor and photo modes. Yes, most of the game will involve slaying monsters, but don’t forget to take the time to absorb the beauty in this game. 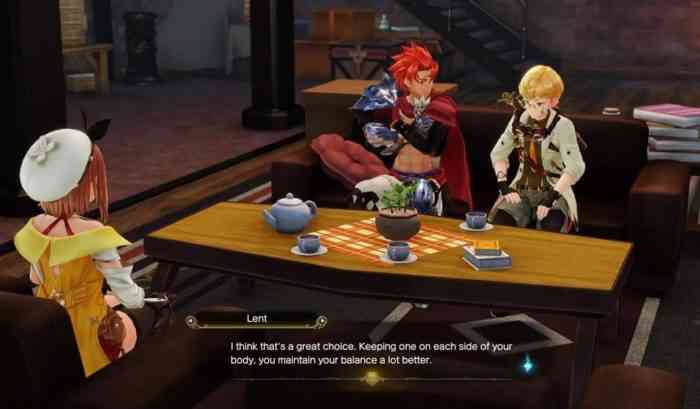 A couple of weeks ago, Koei Tecmo showed off the updated combat system of Atelier Ryza 2. You will be able to cycle through the attacks of up to four characters at once, use multiple items in quick succession, and strategically chain attacks from different characters together, but who cares about that nonsense when you can decorate your home? The new gameplay trailer shows off the design options for the interior of your Atelier and more. Your atelier is your base of operations and place to relax, so feel free to decorate the walls in your choice of pattern, the look of your floors, as well as your furnishings. I would just put couches all over the place.

You can also house your Puni companion, who you can set out into the world for item collection. You can customize how it looks and level it up to bring in better rewards. The photo mode lets your direct your shot with some pretty cool customization. Many games’ photo modes have the game pause while you take your photo, but in this game, you can add characters to your shot, as well as enemies. You can also choose poses, placement, and expressions for each of your characters. Other options include choosing time of day, depth of field, filters, and photo frames in a later update. Atelier Ryza 2: Lost Legends and the Secret Fairy will be out on January 26th for PC, Nintendo Switch, PS4, and PS5.

Are you excited for the supplementary gameplay options or the combat? Let us know in the comments below.