It is time for MOBA players to MOBAlize again. The ninth piece of paid Total War: Warhammer 2 DLC will be coming out in early December. The new expansion, titled The Twisted and the Twilight was announced last week with a sweet cinematic trailer. In it, we see the Skaven armies taking on the Wood Elf armies, in a dense forest no less, which is normally bad news for anyone but Wood Elves. Still, it looks like the Skaven are giving them a run for their money. Both armies in this trailer are getting new content in The Twisted and the Twilight. 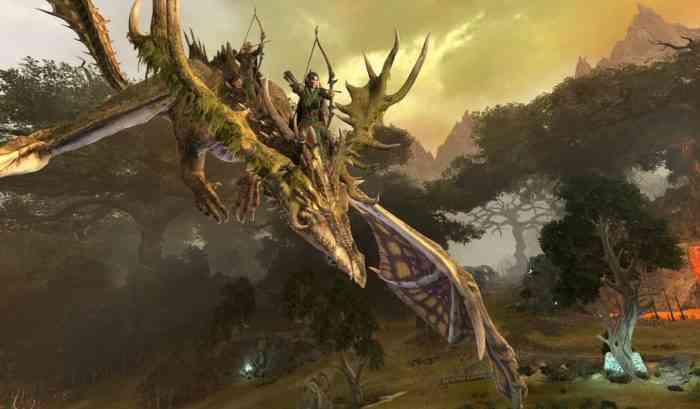 The Skaven army will be getting a new Legendary Lord, Throt the Unclean, who commands the Clan Moulder. This brings all the Skaven clans into the game now. On the other side of things, the Wood Elves also get a new Legendary Lord. The Twilight Sisters, Naestra and Arahan will lead together as one. Both sides can also use new Regiments of Renoun, new units and heroes with varying abilities and qualities to battle with under these lords.

Alongside this DLC, there will also be a free content update that adds Drycha; a new Legendary Lord for Wood Elves, the Glade Captain; a hero for all Wood Elf factions, and the Skaven Chieftain; a hero for all Skaven factions. The Twisted and the Twilight launches on December 3rd, and Steam users can pre-purchase it until then for 10% off its price. Total War: Warhammer 2 is available on PC.

Have you been experiencing the totality of war? Let us know in the comments below.