We got to see a lot of exciting new announcements during last night’s Game Awards and that includes two new ARK related projects, both of which will star the Fast and the Furious actor, Vin Diesel. 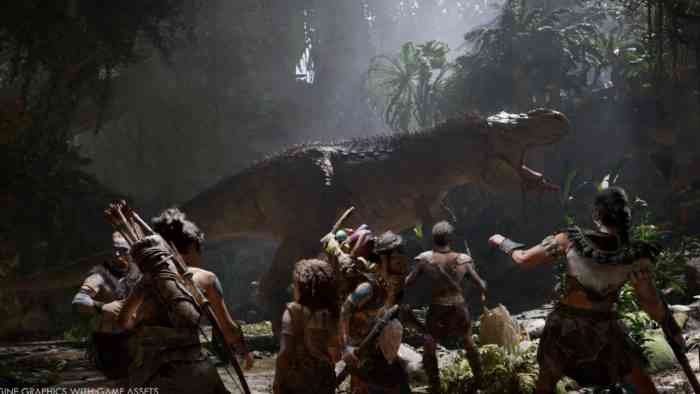 The first announcement made last night for the ARK franchise was the World Premiere of a brand new cinematic trailer for ARK II.

While little is currently known about ARK II, we do know that the game will be starring Vin Diesel as the character of Santiago as confirmed by the official ARK twitter account.

Proud to announce, tonight at the TGA’s:

The original ARK: Survival Evolved released in early access in 2015, and for a full release in 2017. The game has seen great success having a mostly positive reception across 300,000+ user reviews on Steam. The game gives you the task of trying to survive in a world run by dinosaurs. You can craft weapons, tame, train, breed and ride Dinosaurs, harvest food, and build structures–whatever it takes to survive. The game has since seen releases on PS4, Xbox One, and Nintendo Switch.

Ark II is likely pretty far out at this point as ARK: Survival Evolved is still getting new DLC content with the recently released Genesis Part 1 expansion, and the upcoming Genesis Part 2 expansion releasing in March 2021.

ARK: The Animated Series was also announced with a short trailer starring Helena, a character fans of ARK: Survival Evolved may recognize. The upcoming series will also feature Vin Diesel as well as many other well known actors such as Gerard Butler, David Tennant, Elliot Page, and Russell Crowe.

For all upcoming information on the ARK franchise, keep up with COGconnected!

Atlas Devs Promise to Fix the Game’s Issues
Next
Swedish Chef Has Joined Overcooked! All You Can Eat
Previous
The Last of Us Part II Sweeps the Game Awards 2020