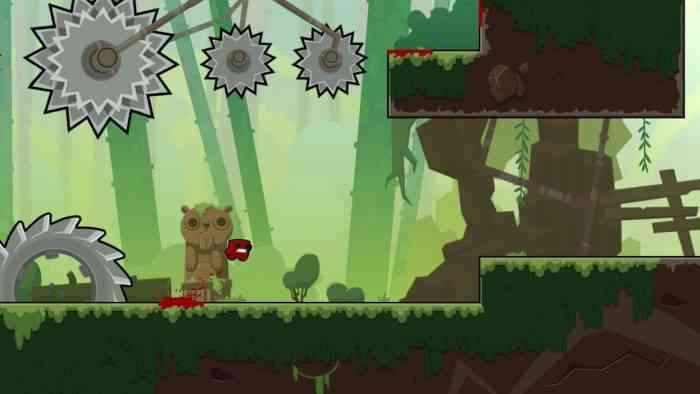 The sequel to the 2010 Xbox Live Arcade title improves upon the previous entry in a variety of ways, from improved graphics and artwork, a new soundtrack, new and improved animations, added combat ability, bigger boss fights, and a new story following the events of Super Meat Boy.

Meat Boy and Bandage Girl have grown as a couple since 2010. It seems like only yesterday the two love birds were escaping from an exploding laboratory in the sky. Now it’s the current year, and they’ve welcomed their daughter Nugget into the world. Their peaceful days enjoying life as a family came to an abrupt end when Dr. Fetus beat the snot out of them with a rusty shovel, and kidnapped Nugget! Now it’s up to Meat Boy and Bandage Girl to rescue their daughter from a lunatic fetus in a jar that can only be described as an incel version of Tony Stark.

While Super Meat Boy is sometimes believe to be the first entry in the series, there was actually one game made in the franchise prior to the game’s Xbox Live Arcade debut. Meat Boy is a flash game made by Tommy Refenes, and Edmund McMillen–known for his work on indie titles such as The Binding of Isaac, the End is Nigh, The Legend of Bum-bo.

Chill Action-Adventure Game Stonefly Will Launch June 1st
Next
Everything You Missed in Nintendo’s Indie World Showcase
Previous
Among Us Has Landed on Switch, and You Can Play the New Map Early