A New Killer Emerges From the Fog in Dead by Daylight

Prepare For Trouble, and Make it Double

Dead by Daylight is no stranger to gruesome killers. Whether they’re licensed characters like Pyramid Head, Leatherface, or The Demogorgon, or original killers like The Plague, The Doctor, or The Deathslinger, every few months brings with it the release of a new killer with their unique powers, but today’s release of The Twins, as part of the “A Binding of Kin” chapter, may be the strangest yet.

Severed by time but bound together by the Fog, Élodie and The Twins enter the Entity’s realm. A Binding of Kin is available now! #ABindingofKin #DeadbyDaylight #DbD pic.twitter.com/7hyn6Iik4A

Charlotte and Victor Deshayes hail from Seventeenth Century France – a superstitious age, which is bad news when they happen to be conjoined. After spending a lifetime evading witchhunters, their mother was burned at the stake two were bought by a cult, with Victor dying in the escape. Driven mad by grief, Charloote spent the rest of her days stalking the streets of Marseilles, stealing food where needed, and killing where necessary, until she was eventually drawn to The Entity’s realm, where her brother was miraculously revived.

Like some other killers, like The Hillbilly or the Wraith, it’s easy to feel sympathy for The Twins, but that doesn’t mean they’re not a force to be reckoned with. Their power, Blood Bond, lets players control Victor, the smaller of the two twins. Roughly the size of a toddler, Victor can latch onto survivor’s backs to cause damage, lunge at already damaged survivors to down them, or be placed as a sentry, alerting Charlotte to any survivors in his vicinity. The downside, of course, is that he’s the size of a baby, meaning survivors can easily crush him, leaving him to reform from Charlotte’s chest. 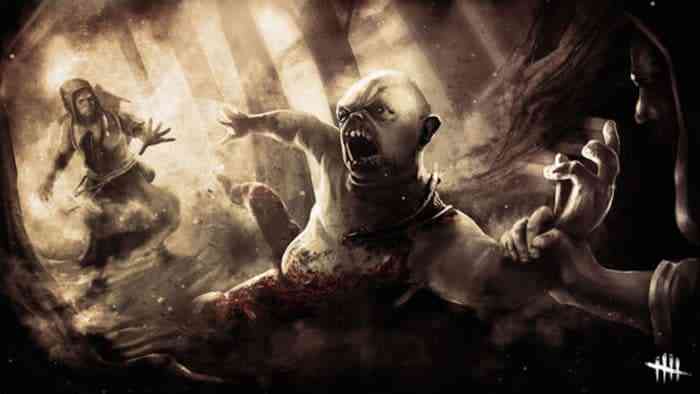 There’s no new map this time, but the twins – and their accompanying survivor, occult investigator Elodie Rakoto – seem to be heavily tied into the game’s lore, which has been getting increasing focus since the last chapter, Descend Beyond. The cult which captured the twins is the same cult which Elodie and Descend Beyond’s parents were a part of.

WHat do you think of The Twins? LLet us know in the comments, on Twitter, or on Facebook.