Tis the season of giving and your friends at COGconnected have teamed up with the good folks at Ubisoft to provide you a chance to win one of three digital copies of Assassin’s Creed Valhalla for Xbox Series X/S or Xbox One. That’s right, the annual assassination simulator could be yours for the low, low price of free. That’s much cheaper than any Boxing Day deals you were hoping to scoop up post-Christmas. 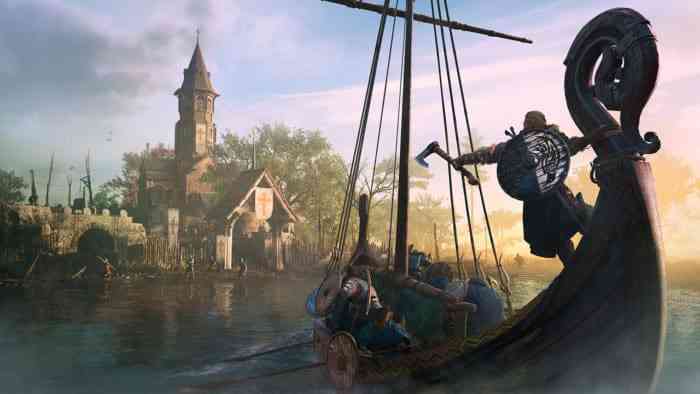 Assassin’s Creed Valhalla is absolutely packed with incredible content for would-be assassins to enjoy. As we noted in our review, “You can assassinate foes, go on raids, go fishing, build your village, engage in flyting/rap battles, fill out a massive skill tree, slowly uncover a vast conspiracy, complete random side missions, do some fight clubbing, hunt for treasure, or complete the main narrative.”. We summed up that all the different bits in Assassin’s Creed Valhalla “add up to a lot of fun had over a lot of hours.” and that “fans and newcomers alike will have a pretty good time here.” Without a doubt, this is one of 2020 biggest games and worthy of being added to any gamer’s library.

Let’s talk about what you need to do to win a copy of Assassin’s Creed Valhalla for Xbox Series X/S or Xbox One. We’re keeping things as simple as possible. All you need to do is complete the directions in the Gleam below and you’re all set! Winners will be contacted via email upon the conclusion of the giveaway and will have 72 hours to respond before an alternative name is picked. Best of luck to everyone who enters.