Sorry, No Charms Were Found

Video games set in real places are a big deal, and a lot of developers want to pay respect to the real area – especially if it’s a well known, beautiful, or culturally significant one. One such game is Ghost of Tsushima. 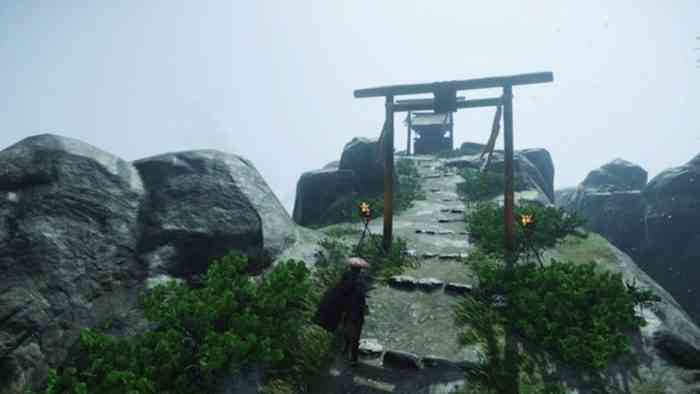 True, the game’s map isn’t an exact recreation of the real-life isle of Tsushima, but its massive popularity has managed to put the relatively obscure location on the map. We all know that Japan has some gorgeous scenery, but most video games and movies choose to focus on the bustling metropolises like Tokyo or the more traditional, cultural areas like Kyoto. Tsushima, for the most part, is a rural island dominated by mountains, and as an island, it’s especially vulnerable to the occasional typhoon. One such typhoon earlier this year damaged a torii gate, which fans of the game will know lead to shinto shrines dotted around the island which hold a variety of useful charms. While the real-life shrines aren’t going to give you the ability to poison people by throwing wind chimes at them, they do hold a lot of significance to local people.

Resident Shrine Priest Yuichi Hariyama began a Campfire campaign (essentially a Japanese version of Kickstarter) with the aim of raising 5,000,000 yen for repairs, or around $61,000 Canadian or $48,000 American. The campaign launched on November 27th and, partially fueled by donations from fans of the game, has quadrupled the asking amount, bringing in over 20,000,000 yen.

Gaming’s often seen as a solitary or self-involved hobby, but people forget that we build connections to video games – whether it’s the story they tell, or the locations we spend dozens of hours exploring. No matter what, enough people have felt so connected to Ghost of Tsushima that they’ve helped to repair a shrine and no matter how you cut it, that’s good news.

Let us know what you think down in the comments.