I don’t know what it is, exactly. I can point to a couple of things that freaked me (the moving eyelids, the disjointed limbs, that one scene in The Simpsons where the tarantula’s come from a doll’s mouth) but apart from Chucky – who at least is honest about being scary – dolls have always creeped me out.

Does that mean that Hollow Doll will be one of the games that genuinely gets under my skin? Maybe. Will I still absolutely play it? Yes. I’m always up for a good scare, and if games like the Zero Escape series have taught me anything is that time travel is complicated and escape rooms translate perfectly to video games.

Currently under development by indie developer Eve Astra, the game follows the titular doll in what’s described as a desperate escape (from what, we still don’t know) as she explores liminal (transitional) spaces, uncovers past worlds, and unravels surreal mysteries.

The trailer doesn’t show off much in the way of gameplay but does hint at the atmosphere we can expect with the upcoming game, combining anime-style drawings with Silent Hill-esque elements, like fans and broken dolls. Everything is drowned in atmospheric reds and blues and scored with loud, discordant drones. There’s definitely an escape room style hole in the industry ever since the release of Zero Escape: Virtue’s Last Reward, and it’s a relatively simple concept that’s been executed well in the past. Having an overt horror spin on the genre will make Hollow Doll stand out from some of the other games – mostly mobile games like The Room series – and with the game being described as having a character-driven narrative, unlike some other games where the story is less fleshed out, we could have something special on our hands. 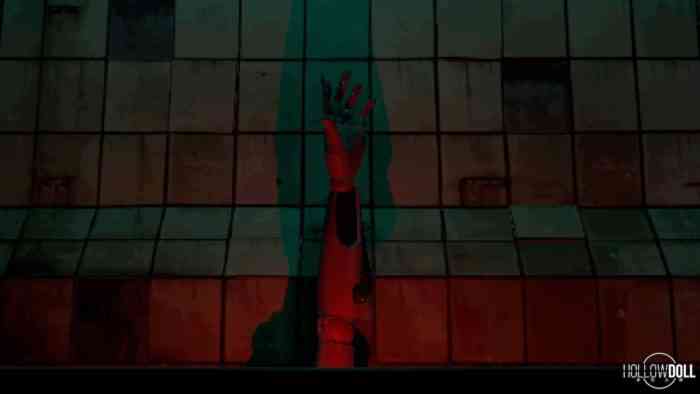