Disgaea: Why It’s So Good to Be Bad

Today on COG Considers, let’s take a break from talking about horror games to talk about evil demons. No, I’m not being hypocritical here–you can absolutely have a game about evil demons without it ending up in the horror genre. Just look at NIS’ devious and fun series of SRPGs, the irrepressible, uncontrollable Disgaea, which began as a simple parody of JRPGs and is now its own juggernaut franchise with a sixth installment coming out soon.

Each Disgaea game follows a cruel and/or malicious demon on a quest to accomplish their goals at the expense of everyone around them–a quest which often leads them to the conquest of the Netherworld in which they reside. They clash repeatedly with heroes, rival would-be demon Overlords, and their own Prinny minions rebelling against poor treatment, and players tend to be firmly on the side of the wicked protagonists the entire time. 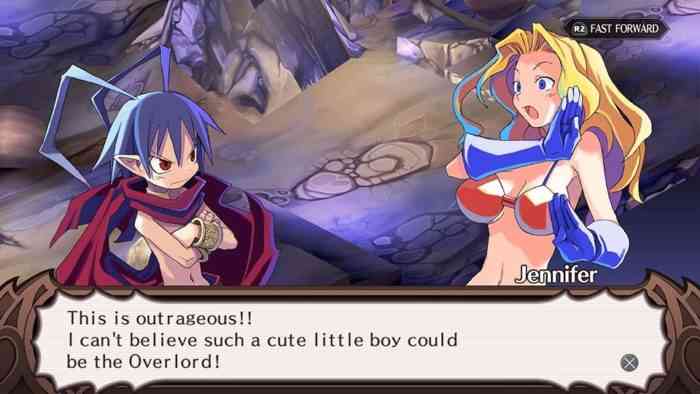 Why does this keep working so well? It’s not enough just to say ‘they’re the main characters, so we’re on their side,’ especially when Disgaea has never presented the protagonist role as somehow making a character right. Personally, I suspect that Disgaea‘s evil protagonists are endearing for three main reasons: they’re surprisingly fleshed-out as characters, they’re very cute, and they’re all just plain hilarious. Except Killia, who is stuck being the straight man. Poor guy. At least his game is still fun.

In many ways, the entire Disgaea ethos can be summed up in its very first protagonist, Laharl. He’s tiny, loud, full of over-the-top character flaws, and when people start talking about love and friendship he breaks out in hives. His dream is to take over the Netherworld and rule with an iron first like his father before him, and he definitely has the ability to do so. However, Laharl is also functionally 13 and recently orphaned, and as the game continues it becomes clear that his circumstances have taken a toll on him. Laharl’s vicious attitude is partly motivated by his inability to process the fact that his human mother sacrificed herself to save him years ago. In order to truly claim the throne, he’ll have to make peace with not only her shadow, but the undeniable truth that his Overlord father was also capable of kindness–and so is Laharl himself. 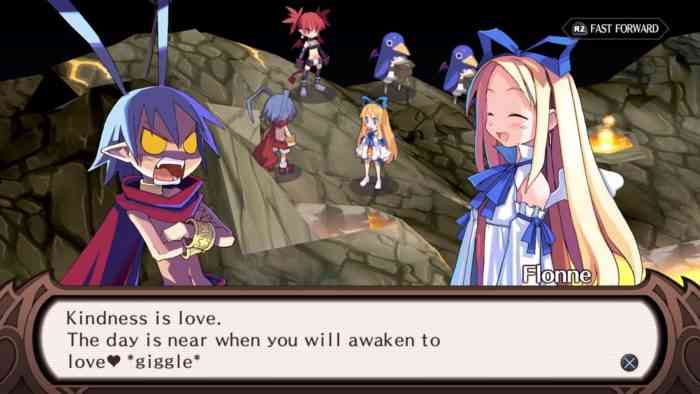 Disgaea may be a parody of the hero’s journey where the bad guys win and the good guys get their butts kicked, but its bad endings are notorious for being shockingly dark. They show what happens when the laughter stops and cuteness isn’t enough to save the protagonists from their flaws. Whether human or demon, a good ruler still needs to be able to admit they were wrong and learn from their mistakes. Laharl is an angry, imperious brat, and that’s okay, but if he doesn’t learn responsibility and compassion, he’ll never be anyone’s Overlord. Laharl isn’t necessarily a good person by the end of the game, but he is wiser. Maybe that’s something we can all relate to.