The Netherworld is Getting Closer Every Day

Disgaea 6 has dropped a new trailer! Unfortunately, it’s entirely in Japanese, but between what we learned from the story trailer and some recent announcements NIS America has made about the cast, we think we can put a few things together. First, we can now confirm that Zed, our undead underdog protagonist, has used Super Reincarnation, a spell which ensures the user will “relive their life over again until their wish has been seen through.” In other words, we were absolutely right about the time loop theory! Sure, the game might use different terms to describe it, but we know the truth. The part of Zed will be played in English by Brandon Winckler. Now for the rest of this zany cast.

The English voice actors for three other characters have been announced: Cerberus, a demonic pug who taught Zed the Super Reincarnation spell; Melodia, an angel who loves to sing, believes in the power of love, and dreams of finding her prince and a happy ending; and Misedor, king of the human world, who believes all problems can be solved with the power of money. Cerberus will be played by Jason Marnocha, Melodia by Kelly Baskin, and Misedor by Sungwon Cho. In true Disgaea fashion, they seem like they’ll get along like a house on fire. You know, screaming, bystanders fleeing for their lives, the works. But these aren’t the only characters being shown off in the trailer.

The green-haired guy with the horns is Overlord Ivar, the self-proclaimed Strongest Overlord, who really is quite strong. Unfortunately, he’s also an idiot. We are going to note that he seems to be playable, and if his cameo in the story trailer is anything to go by, he’s going to be very surprised by how powerful Zed becomes. Also featuring is Bieko, Zed’s pink-haired younger sister, who is absolutely adorable. We hope there’s an option to hug her in-game. Lastly, there’s Piyori Nijino, the current leader of the Prism Rangers, the series’ parody of the Power Rangers. We’re expecting hilarious things from her. 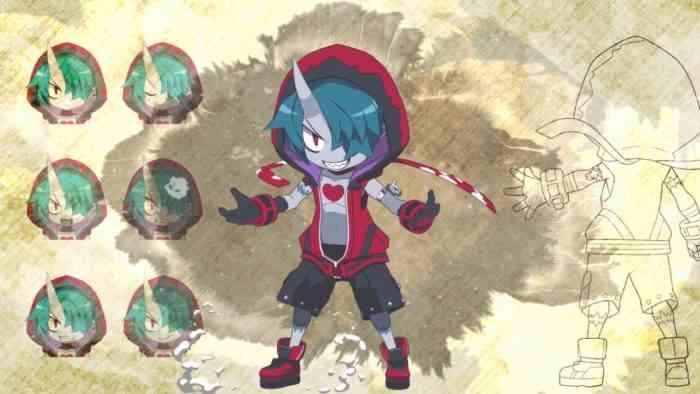 More characters are probably on the horizon, along with an English version of this trailer–we hope. We’ll keep you in the loop!

Disgaea 6: Defiance of Destiny is coming west in the Summer of 2021 for the Nintendo Switch.

Are you ready to return to the Netherworld? Let us know down in the comments, or hit us up on Twitter or Facebook.

The Scarlet Nexus Opening Animation is Surreal and Strikingly Gorgeous
Next
A Ton of Must-Have Game Titles at Slashed Prices for Black Friday Weekend; Don’t Miss Out!
Previous
Pokemon Will Celebrate Its 25th Anniversary in 2021