It’s the first Friday of the month and any Humble Choice subscriber knows that means the latest bundle of games has been announced. The December Choice options might not be for everyone, but for Indie Game fans, it’s a pretty good one. 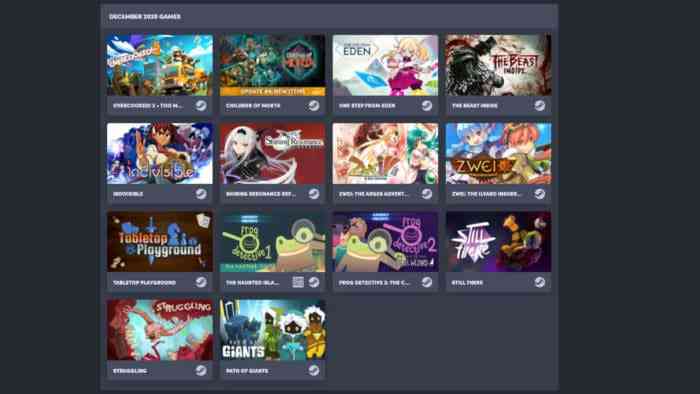 While not every game is going to strike your personal interests, there are a few notable titles here worth checking out.

Overcooked 2 is a stressful, confusing, and infuriating game, and that is what makes it so damn fun. It is an incredible game to play co-op, taking inspiration from the Dinner Dash games from the early 2000s and adding a much more hectic co-op option to it. Play by yourself or with up to three other friends. While there are other great games to choose in the bundle, Overcooked 2 is the real standout.

Rogue-like fans actually have a couple of titles to look forward to here. First off we have Children of Morta, a story-driven action RPG game about an extraordinary family of heroes with rogue-like elements. There is also One Step From Eden, a fast paced card-based rogue-like. Build a strong deck of cards offering powerful abilities to overcome any challenges standing in your way of reaching the ultimate goal, Eden.

Indivisible is a hand drawn action RPG platformer from Lab Zero, the creators of Skullgirls! Indivisible tells the story of Ajna, a fearless girl with a rebellious streak who sets out on a quest to save everything she knows from being destroyed. Indivisible isn’t the only RPG option available in the bundle, there is of course Children of Morta, as well as more traditional Japanese RPGs Shining Resonance Refrain, Zwei: The Arges Adventure, and Zwei: The Ilvard Insurrection.
Other options include The Beast Inside, Tabletop Playground, Frog Detective 1, Frog Detective 2, Still There, Struggling, and Path of Giants.
You can subscribe to Humble Choice right here. There is even a limited time offer that includes a month of EA Play Pro when you sign up for a year subscription.
Source