If cosplaying had an official holiday, it would be Halloween considering the nature of everybody dressing up for one day. Typically we look at people who dress up year-round, but during October, we like to look at some of the spooky cosplays out there, Where you might normally see great interpretations of superheroes, supervillains, video game characters, or even cutesie anime girls, spooky means it needs to invoke the holiday spirit of Halloween in some way or another. 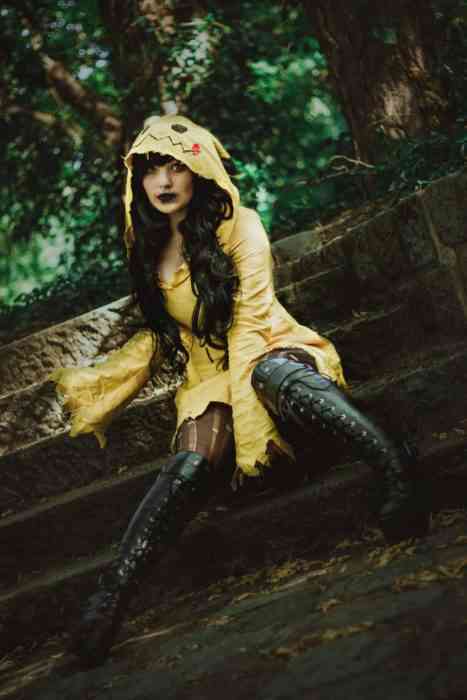 While Pokemon are traditionally cute and friendly, this cosplay of Mimikyu from Justawaykitty looks far from what many would suspect based on the art of the Pokemon itself. Contrary to the design, however, the Pokedex entry claims that “it wears a ragged headcover to look like a Pikachu, but little is known about this Pokémon. It’s said that a scholar who once tried to look inside met his end.” This Pokemon cosplay blends the design and Pokedex entry of Mimikyu perfectly for the holiday season. 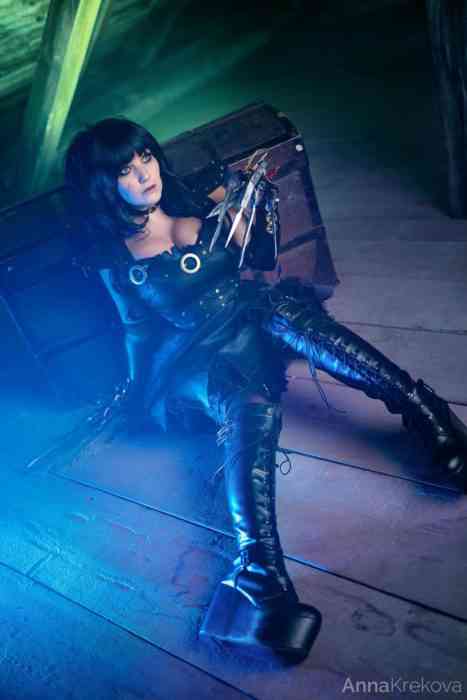 Edward Scissorhands is a sympathetic hero of the titular Tim Burton film, but this Justawaykitty cosplay shows the vulnerable side of Edward as well. In the film, Edward struggled to enjoy the normal things in life, and from this angle, it’s easy to imagine the struggle of simply getting up and down with Scissorhands would be daily. Traditionally creepy yet clumsy, this Edward Scissorhands brings sex appeal and sassiness to the character. 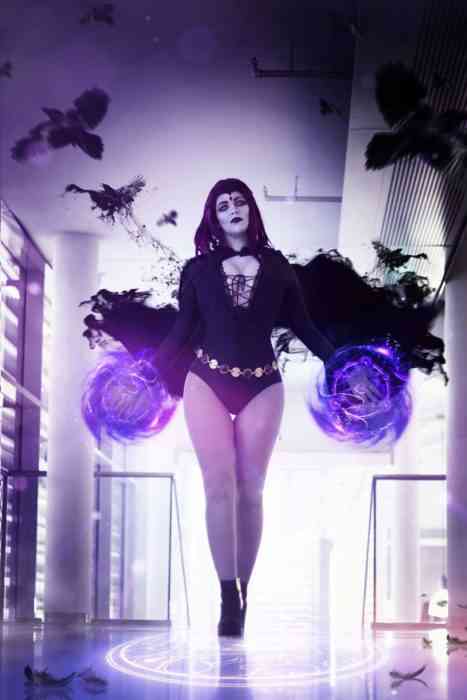 It didn’t take long to break the superhero streak, but the emphasis on darkness with Justawaykitty’s Raven is perfect for the Halloween season. Raven is familiar with the realms of darkness, making her right at home during October. The effects added to this cosplay definitely emphasize the power of Raven while showing some extra skin. 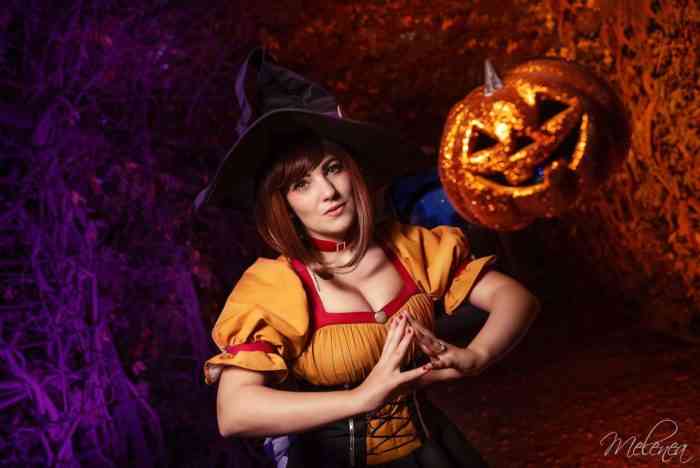 A perfect cosplay to end on, this Justawaykitty cosplay celebrates not simply Halloween, but October as a whole with its autumn colours and pumpkin patch vibe. Justawaykitty rocks the traditional witch’s hat while touching her fingertips together menacingly. The dark orange choker and parted hair are the perfect final touch to this orange and black cosplay.