I Won’t Believe It Until December 11th

We can measure time in seconds, minutes, hours, days, and Cyberpunk 2077 delays. So, a couple of Cyberpunk delays ago, I wrote some news and jokingly called it “the game that never releases” and people made fun of me. Well, who’s laughing now? Nobody. Fans of the game weep, and I weep for fans. The last delay pushed Cyberpunk 2077’s release date to December 10th. We are now 14 days away from that day and fans cannot take another betrayal of dates. Thankfully, CD Projekt RED is locking in that release date. 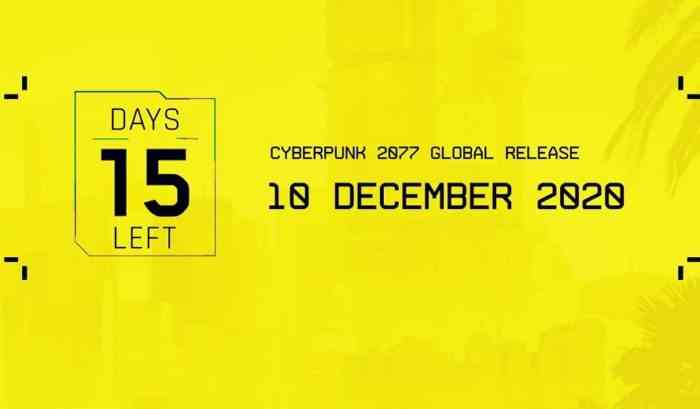 Of course, fans have plenty of reasons to believe that this one is for real, that they will be burned no more. We have seen gameplay videos captured from consoles, there is apparently someone who already has a physical copy out there, and now CDPR is plastering the release date on whatever they can. The wheels of release and shipping are moving and there is no stopping it. Now, like a protective parent, watching their child  step up their independent productivity skills, we can only watch closely and hold our breath until CD Projekt RED finally comes through.

On the bright side of all this, Cyberpunk 2077 will make a great and timely Christmas gift for any loved one who doesn’t get it themselves on launch day. Cyberpunk 2077 will (probably) be available on December 10th for PC, Stadia, Xbox One, Xbox Series X, PS4, and PS5.

Do you have any doubts at all that there will not be another delay? Let us know in the comments below. And be honest.