Treyarch Swears They Didn’t Do It On Purpose

So we’ve been talking a fair bit about Call of Duty Black Ops: Cold War of late. In our defence, there’s a lot to talk about. This game set global franchise records for most copies sold during launch, which is nothing to sneeze at, but more importantly, we liked it. We also published a feature recently talking about the best weapons you can use to nudge that k/D ratio a little more in your favour. Unsurprisingly, the unrivalled number one was the MP5 submachine gun, the gun that pretty much everyone agrees is pretty broken right now. Never fear, players, Treyarch has heard our pleas and implemented a quick hotfix patch that reduces the damage range of the weapon by 33% and makes it more challenging to stay on target when firing thanks to adjusted recoil.

We have it on good authority that the devs addressed the issue in the Launch Week Patch Notes with this quote: “These changes were unintentionally reverted in today’s update and will return in an upcoming update.”

Sadly, as of writing, this sentence clarifying matters seems to have been taken down. If we’re lucky, this means the issue has already been fixed and the MP5 is no longer hilariously overpowered. If we’re unlucky, then we’ll all have to suffer through everyone on multiplayer using the same weapon until Treyard rolls out a new patch. 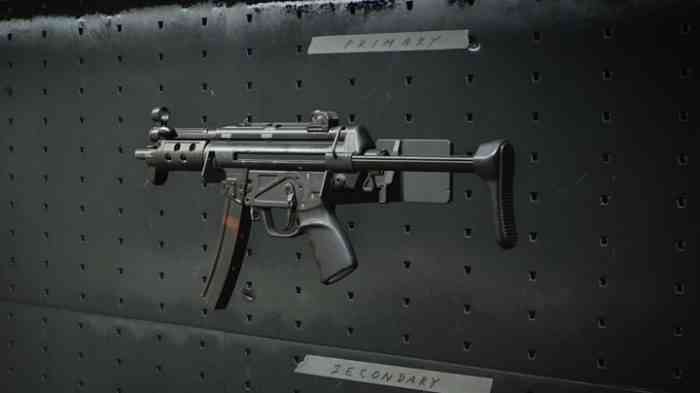 Are you thinking of picking up the latest Call of Duty, overpowered submachine gun and all? Let us know down in the comments, or hit us up on Twitter or Facebook.