Remothered: Broken Porcelain drops today, continuing the story of the acclaimed Remothered: Tormented Fathers but moving the setting from the Felton Mansion to the snowy Ashmann Inn, with a new playable character to scare.

Remothered: Tormented Fathers follows Rosemary Reed, a woman searching for the truth behind the appearance of a young woman, Celeste Felton. The sequel follows Celeste herself – now going under the moniker Jennifer (Which fans of the first game will no doubt recognize) – after her expulsion from the Flemmington Girl’s Institute, as she finds employment as a maid at the Ashmann Inn. However, her dark legacy comes back to haunt her after a mysterious plague breaks out, driving the staff insane – which isn’t a good thing when those staff have access to firearms and fire axes.

Meanwhile, Rosemary will also be returning to the game, no doubt still searching for Celeste, and will no doubt face some trials of her own.

The game follows in the tradition of horror games like Clock Tower or Haunted Ground – Jen is weaker than her opponents, so fighting them head-on isn’t going to end well. Instead you have to rely on stealth to navigate around – and escape – your stalkers, using occasional defense items like alarm clocks and vases to drive off or even incapacitate your enemies for a few moments, giving you some precious breathing room. 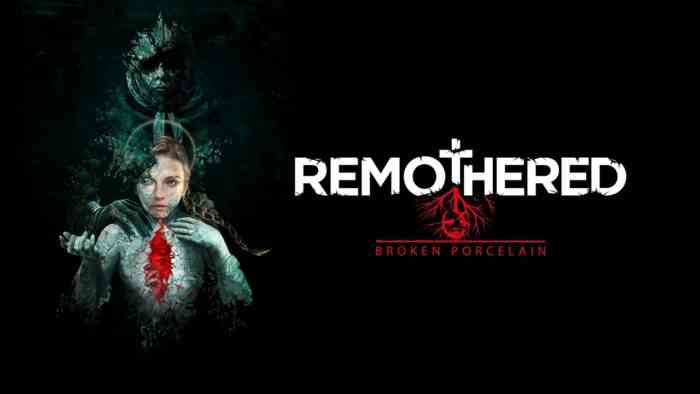 Whereas the first game was more restrained, Broken Porcelain amps up the scale with more characters and more stalkers, including a man in a nightmarish porcelain mask and a flamethrower wielding nun. It’s also taking what worked in the first game and improving it, adding a crafting mechanic and the ability to use your defense items before being attacked. Given that the first game got rave review for its atmosphere, here’s hoping that the new changes are well-received, and we get a horror experience worthy of the original.

Are you pumped for Broken Porcelain? Let us know down in the comments, on Twitter, or on Facebook.