October was a month full of waiting. Americans were waiting for the election, gamers were (and still are) waiting for the release of next-gen consoles, and I was personally waiting for a gaping maw to erupt out of the earth and swallow me whole. While we all waited, October 2020 had surprises for us—both good and bad. 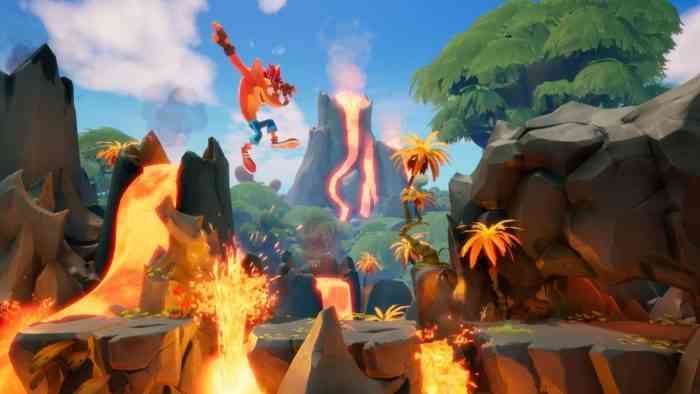 I remember where I was the first time I played a Jackbox game: crammed into a tiny flat my friends shared while I studied abroad in England. Pretentious thing to say, I know. But Jackbox Party Packs have a reputation to uphold: fun, engaging games that make you laugh and cry in equal measure (the crying should also be from laughter). While Jackbox Party Pack 7 is still missing the online multiplayer feature the franchise so desperately needs, the new array of games (plus the classic Quiplash!) are mostly successful. They only need one ingredient to make them work: friends. If you have those, “this party pack is a no-brainer to have in your library and is guaranteed to keep everyone busy while putting a smile on their faces.”

It’s been a long time since we had a Crash Bandicoot game (…that wasn’t a remaster). And it’s been even longer since we had a Crash Bandicoot game that we actually wanted to play. Finally, with Crash Bandicoot 4, Toys for Bob has hit that delicious middle ground by making a game that’s both fun to play and nostalgic in a way that doesn’t feel like pandering. With intelligently crafted levels, improved gameplay modes, and lots of collectibles, there’s enough content that minor issues like cutscene rendering are outweighed by the game’s sheer enjoyability. Our reviewer puts it best: “Crash Bandicoot 4: It’s About Time is going to be the best Bandicoot-based game you’ve ever played. I’ll bet my Wumpas on it.”

Oh, Hades. She’s the talk of the town these days, you know. And we’ve liked her siblings before her, too. This time, though, Supergiant has really hit it out of the park both critically and commercially. The story and gameplay loop of Prince Zagreus trying to escape Hades has been incredibly compelling to a lot of people, and our review concluded, “Hades is without doubt one of the best roguelite games to date, a new high point for Supergiant Games, and a dark horse contender for game of the year lists this fall.”

Head over to PAGE 2 for the worst of the month…

The Three Best (and Worst) Video Games from March 2022

What Makes Hades so Special – A Metaphor and a Game
Next Xbox Series X is a Powerhorse and a Must Buy, But You Can Wait
Previous Just Stop, Watch Dogs Legion Doesn’t Need a Traditional Plucky Hero