Come Forth, My Plushie Self

Do you like phantom thieves? We sure do, and so does Japan. From Arsène Lupin to Kaitou Kid, mysterious and flamboyant thieves have made themselves at home in Japanese pop culture. The Phantom Thieves of Hearts from Persona 5 are some of the most recent additions to the roster of high-profile fictional thieves, but they’ve already made themselves at home in consoles around the world and the hearts of countless fans, even on the far side of the ocean. And soon, they’ll be right at home in your arms or on your shelf. Mochibi, maker of adorable cylindrical plush dolls, has announced a collaboration with Atlus over Twitter. With their powers combined, the Persona 5 cast will soon be available for purchase in tiny plushie form!

The Phantom Thieves will be stealing the hearts of #Mochibi fans everywhere in 2021! Stay tuned to our social media and https://t.co/oDDh85HHDy for more info soon!#Persona5 #P5 #ATLUS #TakeYourHeart pic.twitter.com/V5bxOYNxz3

Mochibi has previously teamed up with Atlus to produce limited-edition plushies of Persona 5‘s feline mascot Morgana and the Shin Megami Tensei franchise’s overall mascot, Jack Frost. This gives us an idea of what their new offerings will look like. Plus, they’ve also teased the possibility that Morgana and Jack Frost might return for a giveaway. 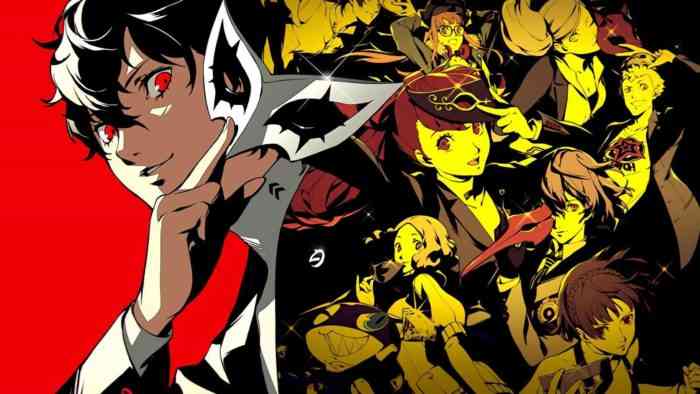 Are you excited? We know we are! Persona 5 isn’t just one of our favorite games, it set a new bar for the Persona franchise as a whole, setting record numbers for sales even in the west. Apparently, the game’s themes of rebellion and fighting against a corrupt system resonated with the overseas audience as deeply as they did in Japan. That, or people just really like phantom thieves. Or both? It could be both.

We have a few hanging around sooooo maybe a giveaway!

The plushies will be unveiled sometimes in 2021, so keep your eyes peeled.

Will you take these criminal cuties home with you? Let us know down in the comments, or hit us up on Twitter or Facebook.

GOG.com Has Joined Your Party With The Grand RPG Sale
Next
Gabe Newell Wants More Developers in New Zealand
Previous
Phil Spencer Confirms Microsoft is Already Working on the Next Xbox