We’re Going to Need a Hero

The wait is over. After months of shifting deadlines, the legendary Baldur’s Gate series returns as its third installment explodes into early access on Steam, GoG, and Stadia. This time, players will find themselves in a world under siege, where strange afflictions target the unwary and whole nations quake with fear. Who said fantasy can’t be topical?

The Forgotten Realms are under attack by the psionic Mind Flayers, also known as Illithids, extra-planar travelers that feed on brains both literally and figuratively. While they’ve been around since the original game, Baldur’s Gate 3 sees Mind Flayers become a major threat, and for good reason: you, the player, have a larval Mind Flayer curled around your brain, and if you can’t do something about that, it’s going to take you over.

Good news: being host to this larvae has awakened great power within you. Power you could use to free the Mind Flayer’s slaves and fight off the otherworldly invaders.

Bad news: this is a Baldur’s Gate game, so there’s nothing forcing you to do anything you don’t want to. So go on. Use that power to throw yourself cackling into the pits of corruption and depravity. ‘With great power comes great responsibility’ only applies if you let it.

The early access release includes roughly 25 hours of content, 46,000 lines of English dialogue, 600 NPCs, 146 spells and actions, 16 races and subraces, and six different classes. If you want to brush up on the frankly unreal character creation system Larian Studios churned out, we touched on that previously. If not, we recommend you keep reading, because we’re just getting started. It also features online multiplayer for up to four different players, fluid turn-based combat, the ability to pause at any time to weigh your options, and decisions that matter. Potential party members may die before you even meet them, which means you’re going to be doing a lot save scumming from here on out. 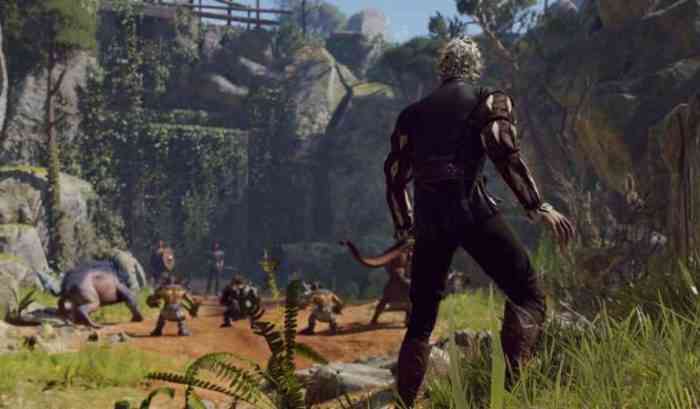 We’re still hoping for an eventual console release, but beyond this point, nothing is certain. Here be dragons. Red ones. They’re scary.

Will you save the world or destroy it? Let us know down in the comments, or hit us up on Twitter or Facebook.

The Last of Us Part I Will Now Release On PC In Late March 2023
Next
Winter Is Coming: Frostpunk The Board Game Smashes Kickstarter Goal
Previous
Damage Meters Coming to Apex Legends