Baldur’s Gate 3 Goes Off the Rails With Character Creation

Baldur’s Gate 3 will be entering early access tomorrow, releasing players into the beautiful and terrible land of Faerun once more. Before then, let’s take a look at the game’s brand new character creation system, because Larian Studios have outdone themselves if this sneak peek is anything go by. Last time, we said that the devs were still considering how many playable races, sub-races, and classes would be present in-game. They’ve made up their minds since August and we can’t believe the results: Baldur’s Gate 3 will contain a jaw-dropping 16 races and sub-races, and that’s just in the early access build. More will be available in the full launch, which will also take the minimum hard drive requirement to play it from 70GB to 150GB. That surge of data won’t all be new races, of course – most of it will probably be dedicated to the other two arcs of the story and non-English language releases – but it still bodes well for those of us who like playing around with character creation.

But enough about that. Let’s talk faces. When creating characters, you’re not just picking their species, you’re deciding what they look like. Whether you want to play as a fantasy supermodel, an average schmuck, or something straight out of Monster Factory, Baldur’s Gate 3 has you covered. Its photo-realistic character models are built from 3D scans of diverse actors and models. Lead Character Artist Alena Dubrovina explained that, “While scouting for models we focused on features that would fit our fantasy races and we looked for faces that either had something unique about them or were very versatile to fit different characters.”

The result was 150 unique heads, and that number will keep growing as the game finishes development. That’s a lot of options to pick from! Spiky Githyanki? Horned Tiefling? Delicate High Elf? You can make them all over and over without reusing assets. That’s what we call magical. 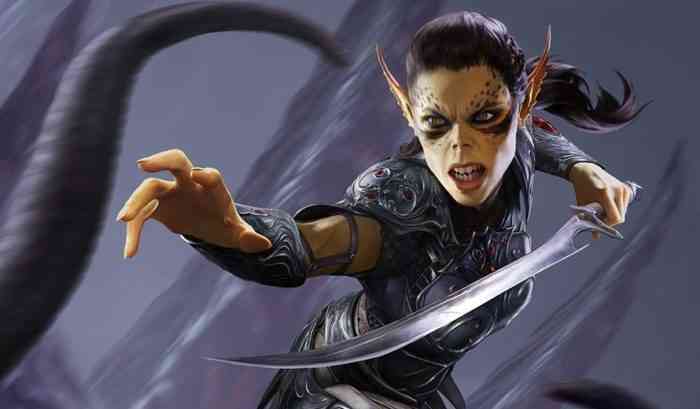 In early access, Baldur’s Gate 3 will feature over 20 hours of content and both local and online multiplayer, though it will not provide split-screen support on launch. It will start out as a PC and Stadia exclusive, but Larian Studios has said they’re open to considering console releases in the future.

What race are you going to play? Let us know down in the comments, or hit us up on Twitter or Facebook.