Frictional Games has outdone themselves with Amnesia: Rebirth. The first gameplay reveal trailer introduces us to a first-person world of flickering lights, claustrophobic corridors, and some of the most horrifying sound design you can imagine. From scare chords to the rattling of hinges to that awful noise you hear after crawling into a busted-open tank, the audio is already the stuff of nightmares. Add in a rotting baroque environment riddled with lethal traps and some unseen monster to stalk the player while screaming like it’s the one being murdered, and you have what’s shaping up to be a worthy successor to Amnesia: The Dark Descent.

The first game may have aged somewhat since its heyday, but Rebirth is a testament to the power of fear. Shadows flicker in the corner of your eye. Matches gasp helplessly when struck. And when the screen begins to swim in that trademark Amnesia style, your heart will leap into your throat. If The Dark Descent was a gothic horror and A Machine For Pigs an industrial one, then Rebirth looks at the aftermath of war. Our previous coverage suggested that the game would take place in the 20th century, and with the appearance of live grenades and a tank that looks like something clawed it open, that guess has definitely been confirmed. Protagonist Tasi Trianon can hold matches while moving or use them to light torches. Each option comes with advantages and disadvantages: you can’t take a wall-mounted light source into a dark tunnel, but matches go out much faster when you run.

The sanity system has been revamped as well – rather than black out and fall down, Tasi will find herself suffering from a strange ailment, and fear will feed her symptoms. Similar to the slow-burn horror of SOMA, Tasi’s condition will feed into what Frictional creative director Thomas Grip calls “core narrative motivation.” Worse, it will also hook into how the game treats failure. If the player dies, not only will Tasi get visibly sicker, the narrative itself will change – endangering not just Tasi’s life, but the lives of everyone she loves. 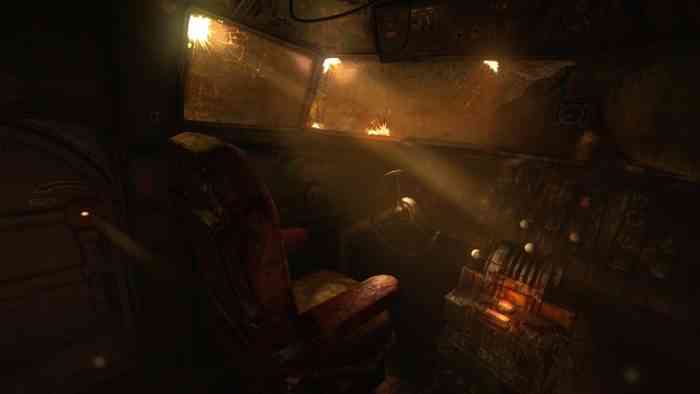 Amnesia: Rebirth will be out on October 20th. It’s available for preorder right now.

Are you ready for the return of Amnesia? Let us know how scared you are down in the comments, or hit us up on Twitter or Facebook.