Wrestling Fans Get Ready To Rumble, AEW Is Aiming High With Upcoming Game

AEW Coming for the Championship Belt

Wrestling and Video Games are a match made in heaven, however in recent years fans have been frustrated with the offerings from the heavyweight WWE franchise, with WWE 2K20 being an outright disaster. Things looked bleak for wrestling fans, until a new challenger entered the ring. 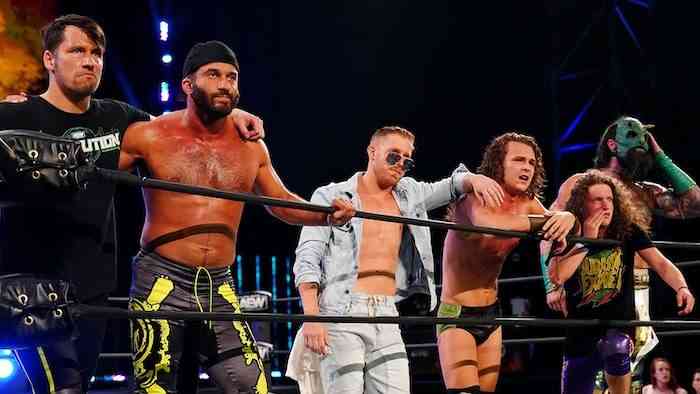 All Elite Wrestling is an upstart professional wrestling promotion founded by Cody Rhodes, Matt and Nick Jackson, and Adam Page. With financial backing from Shahid Kahn, the billionaire executive of the Jacksonville Jaguars, AEW is the first professional wrestling promotion in years with the potential to take a chunk out of the WWE audience. A breath of fresh air on the wrestling scene, AEW looks poised to bring that underdog energy into the video game realm, with a recent announcement giving an update on the AEW game’s progress.

Kenny Omega, professional Wrestler, AEW executive, and avid gamer has been actively talking up the AEW game’s development for nearly a year now. In a recent interview Omega told Gamespot “I think it has a very good chance of standing alone as probably the best wrestling product as a video game that you could probably find on the market”. While this is exactly the kind of hyperbole you might expect from a professional wrestler, Omega and the rest of the AEW team seem focussed on delivering a truly exceptional game. Fans who were disappointed by the buggy release of WWE 2K20 will be happy to hear that AEW is committed to making a quality title, not rushing out something that isn’t ready.

It seems that AEW is a long way off announcing a release date, there haven’t been any trailers to date or even a screenshot, however it is fair to assume that the game has been in development since mid 2019 as a video game was very much on the minds of the AEW executives from the beginning. While it is unlikely that there will be any gameplay to show any time soon, Omega claimed back in August that “we’re working at such an incredible pace right now. I think maybe we’ll have something to show sooner than what people would expect”, so perhaps we can look forward to an early look at the game before the end of the year.

AEW has a decent chance to fill a gap in the market for a deep wrestling sim, as WWE has abandoned its 2K franchise in favour of the more arcade style Battlegrounds. While a full fat console game seems a ways off, on September 10th AEW applied for trademarks on the names “All Elite Wrestling: Elite General Manager” and “Elite GM” for potential mobile games, suggesting that a mobile title is incoming. With no other details confirmed, we can at least speculate that AEW is hoping to give fans something to play while they wait for the true challenger to arrive.

Do you think and AEW game has a shot at taking on the WWE? Let us know in the comments!