Watch Dogs: Legion has finally had its release date finalized, and the good news is we don’t have to wait very long, with an official release date of October 29th for the PS4, Xbox One, PC, and Stadia. 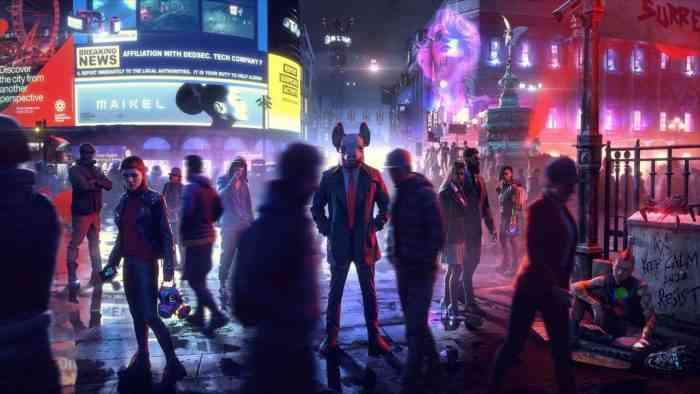 The game will also be a launch title for the Xbox Series X, with a version released on November 10th. Presumably, the same goes for the PS5 version, although at that point that’s pure speculation until we have a release date, with current speculation pointing to either November 17th or November 20th. The good news is that Ubisoft are offering free next-gen upgrades for both the Xbox and PlayStation, so you can buy a copy on release day for your current console without having to pay extra for a new copy when you upgrade, which will be a big boon for everyone who for one reason or another might be waiting a little while to upgrade.

For the uninformed, the Watch Dogs series is a wide open sandbox adventure game which stands out from its contemporaries with a focus on hacking, letting players cause distractions, set traps, scout the area, or even complete missions while parked up in a safe area. The newest game is set to be the biggest in the franchise, giving players the opportunity to recruit any character in the game to join their crew, each bringing their own skills to the table.

The game is set to be one of the biggest releases in a year filled with huge names, both original stories like Ghost of Tsushima, sequels like The Last of Us: Part 2 and remakes like Final Fantasy VII: Remake, so the free upgrade will help to maximize the playerbase and introduce new gamers to the franchise.

Will you be picking up Watch Dogs: Legion on day one? Let us know down in the comments.

Avatar: Frontiers of Pandora Delayed to March 2023
Next
Immortals: Fenyx Rising Isn’t Just a Breath of the Wild Clone
Previous
Here’s What Will Be Included With the PlayStation 5