During the recent official Xbox podcast, executive producer at Bethesda Todd Howard discussed Bethesda’s history with Microsoft, including the release of The Elder Scrolls III: Morrowind on the original Xbox. According to Howard, there were little tricks that you could use to work around the limitations of the console, particularly the memory issues. The team at Bethesda seems to have embraced the acquisition and feel like Microsoft and Xbox are a natural fit for the company. Bethesda and id Software’s recent Doom Eternal is available right now for PS4, Xbox One, Google Stadia, Nintendo Switch, and PC. 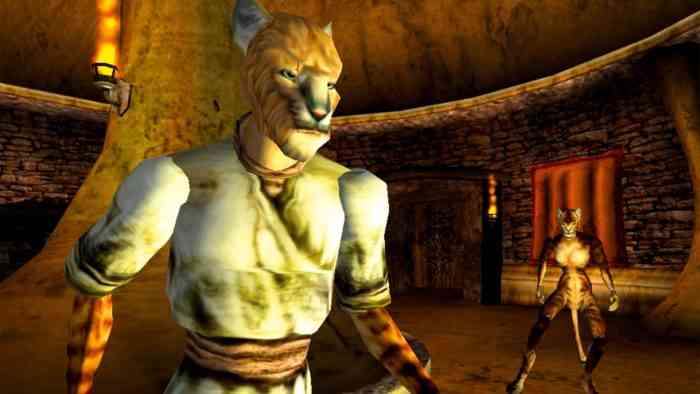 “There’s been great tricks that (Xbox) taught us,” said Todd Howard. “My favorite one in Morrowind is, if you’re running low on memory, you can reboot the original Xbox and the user can’t tell. You can throw, like, a screen up. When Morrowind loads sometimes, you get a very long load. That’s us rebooting the Xbox. That was like a hail Mary.” So while Todd Howard encountered the limitations of the original Xbox hardware, it seemed like hiding reboots behind load screens was a great way to circumvent the memory issues in order to run the revolutionary (at the time) Morrowind.

“For a lot of the company and our teams, they’re finding out (about the acquisition) the same time the world is finding out,” said Todd Howard about the recent Microsoft acquisition of ZeniMax. “Because we’ve been independent for 20-30 years, there’s a little bit of shock in terms of we’re not the same group or company that we were… we’re doing this because we see the landscape of gaming out there, we’ve worked with the folks at Xbox and Microsoft for decades now, and we see the same things, and we feel really strongly that our partnerships moving forward should go deeper.

“The games that we have coming up will be better for it,” continued Todd Howard. “We’ve been through a lot together already, we’ve worked together for so long, we’ve had these conversations in the past like ‘if we worked more with each other, what would it mean?’ Taking this step feels like an evolution. It’s a big step but also a real natural fit for us; our company and our teams.”

Are you impressed by Todd Howards loading tricks? Do you think Bethesda is a natural fit for Microsoft? Let us know in the comments below!