Crysis Looks Even Better in 8K

Days ahead of its release, Crytek and Saber Interactive shared an impressive looking 8K trailer for Crysis Remastered. The already impressive visuals of Crysis have never looked crisper than they do in the recent trailer, and it shows off the improved lighting and particle effects very well. Crysis Remastered not only offers 8K support, but it features software-based ray tracing on PS4 and Xbox One, becoming the first game this generation to do so. Crysis Remastered releases for PC, Xbox One, and PS4 on September 18th. 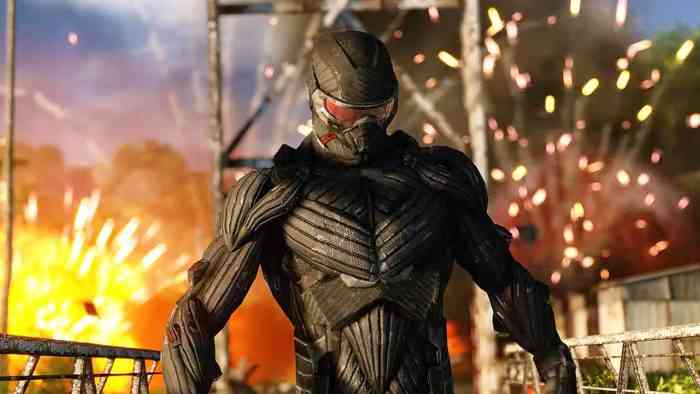 While Crysis Remastered is offering ray tracing and improved visuals on current-gen consoles, it will truly thrive on the next-gen Xbox Series X and PS5. It’s impressive that Crytek and Saber Interactive are able to produce ray tracing from non-RTX cards, making us wonder why other developers didn’t attempt the same feat before transitioning to next-gen. The way that Crytek makes these visuals possible on consoles is through smart optimizations. Ray-traced structures around the player operate within a limited radius and are also rendered at a lower level of “geometric precision.”

The reflections seen in the recent Crysis Remastered trailer also rendered at a quarter resolution, effectively reaching higher fidelity thanks to an interlace-style effect, switching between two different ‘fields’ each frame. The scenes are basically rendered twice at the same time to produce the quality 8K visuals with ray tracing and higher quality textures. Crysis Remastered may be the best looking remaster to come to this generation of consoles and it’s almost available for us to dive into. We’re still getting used to 4K gaming, but Crytek and Saber Interactive bringing 8K to the living room is another step in the right direction.

Are you impressed by the 8K visuals of Crysis Remastered? Let us know in the comments below!


System Shock Remake Expected to Come Out This Summer

The Day Before Looks Like State of Decay Meets The Division